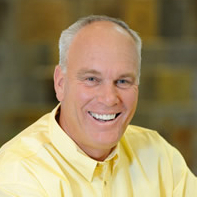 Chief Executive Officer
Douglas Colbeth became president and chief executive officer of Kinaxis in March 2003. As one of the true visionaries of the Internet explosion in the mid 1990's, he envisioned the opportunity to be a leader in delivering an on-demand supply chain management service. He then came across what he describes as a "gang of supply chain geniuses" in Canada, who had already developed very powerful modeling and collaboration technology. Doug understood what the Internet's influence on consumer behavior would be and how it would dramatically increase demand volatility. The problem of effectively responding to consumer demand would be further exacerbated by the dramatic market shift of outsourced manufacturing operations. Under Doug's leadership, Kinaxis developed a world-class offering which enables companies to build better supply chain plans and quickly respond to constant changes in demand, supply and product — driving breakthroughs in customer service and operations performance. Today, the Kinaxis RapidResponse® cloud service empowers front-line decision makers at brand name companies and contract manufacturers with multi-enterprise visibility and collaborative analysis tools to effectively respond to change across an entire distributed supply chain. Prior to Kinaxis, Doug was chief executive officer of Spyglass Inc., a leading provider of Internet software technologies. Spyglass technologies are utilized inside millions of products including PCs, televisions, telephones, and other hand-held devices. Most notably, Spyglass technology is the foundation of the Microsoft Internet Explorer browser. In June 1995, Spyglass became the first Internet software company to conduct a successful Initial Public Offering. In March 2000, Doug negotiated its merger with OpenTV Inc., at a value of $2.4 Billion. Outside of his work with Kinaxis, Doug and his wife Margaret are pioneer philanthropists in the area of juvenile brain diseases. Established in 2000, the Colbeth Clinic is operated by the University of Illinois Medical Center and serves inner city children in the Chicago area. This state of the art clinic employs a multidisciplinary approach to treating a wide range of brain diseases including: autism, depression, bipolar, OCD, ADHD, and post-traumatic stress disorder. Doug holds a Bachelor of Science in Economics from Siena College in Loudonville, New York, and studied Quantitative Economics at Rensselaer Polytechnic Institute (R.P.I.) in Troy, New York. While attending R.P.I., Doug was awarded a research grant from Texas Instruments Inc. to develop modeling software for various Texas Instruments products. Hearing it straight from the customer…Olympus, Qualcomm, Flextronics to be specific