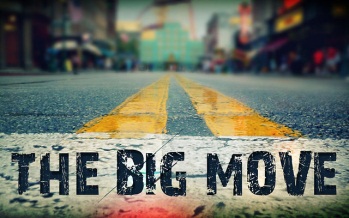 Biggest Move Up the Top 25 Ranks

This is the supply chain that will make the biggest move up in 2014 from their 2013 ranks.

And the winner is…

Lenovo has been making news, especially with acquisitions: 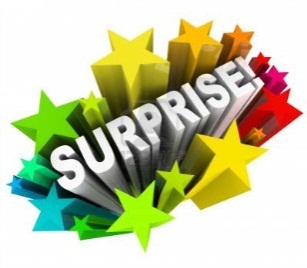 The biggest surprise for the 2014 Top 25 Supply Chain will be the year of the Automotive return to glory.Ford, BMW, Volkswagen, Hyundai Motor, and Tata Motors all had a good 2013.The restructuring phase appears to be behind the industry.Global auto sales have been good, especially in China and Japan (15% y/y), along with Western Europe.While there’s reason to cheer the sales growth, the auto industry supply chains will need to step it up.The pressure going forward will be on profits, through lower pricing and raised incentives to keep up sales.Ford issued a profit warning due to pricing pressures in late 2013.The supply chain leaders in the automotive industry will need to drive the profitability challenge, by lowering costs and developing innovative methods in their supply chain strategies.

Ever since Kevin O’Marah and I sat down with Samsung back in 2008 at their Suwon location, I’ve always admired Samsung’s supply chain.They run one of the best S&OP’s, focusing on market share across their multiple business units : Computing Products, Home Appliances, Semiconductors, Digital Displays, Mobile Devices and Home Electronics.They moved from #13 in 2012 to #8 in 2013, driven by strong revenue growth, peer opinion and good inventory turns.What puts them in at #5 will be continued revenue growth.Going from $201T (won) in 2012 to $229T (won) in 2013.2013 year end net income was $30.47T (won), along with $36.47T (won) in operating profit.A 27% on-year increase.And that’s with an $800B (won) “special employee bonus” to commemorate 20 years since Chairman Lee Kun-hee announced a management strategy, as well as a $700B (won) being knocked off by a stronger won.

In the 2012 Gartner Top 25, McDonalds beat out Amazon by 1/100th of a point, 5.87 composite score vs Amazon’s 5.86.I have them coming in at #4, simply because their revenue growth was only 0.2% from 2012 to 2013.From their 2013 Annual Report, I also found it concerning they were challenged to respond fast enough to flat forecasts, competition, pricing and customer facing initiatives.

Don Thompson, CEO, McDonalds – “Though McDonald’s continues to grow, our performance fell short of our high expectations this past year.Challenging conditions – including a flat or contracting informal eating out category in most of our major markets, increased competitive activity and consumer price sensitivity – impacted our results.In addition, some of our customer facing initiatives didn’t generate the comparable sales lift and incremental guest visits needed to overcome external pressures in today’s highly fragmented market.”

These are challenges that an effective supply chain should know sooner and be acting faster.

Unilever has been doing a lot of things right, especially to influence their Peer and Gartner Opinion votes.They’ve done a significant amount of keynote presentations:

I would have been thinking #2, as Unilever posted a 4.3% increase in 2012 to 2013 sales growth.But turnover was down 3% from $51.2B (euro) to $49.8B (euro), largely due to the impacts of foreign exchange and net acquisitions & disposals.Despite an increased spend in advertising and promotions, Unilever’s core operating margin only improved 0.4%.

Things are still going very well for my previous employer. Revenue went from $156B in 2012 to $170B in 2014. The Gartner vote dropped from 651 in 2012 to 470 in 2013. It may continue to drop, but the Peer vote should stay in the 3000 range, nearly 1200 points above the competitors (excluding Amazon at 3115 in 2013). My main concern about dropping them to the #2 position is that their margins have fallen on an annual basis for seven straight quarters. And the press has been questioning when new products will arrive. I remember the negative responses when Tim Cook said: our teams are hard at work on some amazing new hardware, software and services that we can’t wait to introduce this fall and throughout 2014. Information like this makes for nervous investors, and creates articles like the one in Business Insider, which calls into question the strategic roadmap. Even this week, with the news that Apple is buying Beats by Dre, that is somewhat concerning. Not only is this type of acquisition out of character for Apple for inorganic growth, it begins to show the strategic importance of streaming music, something that iTunes strategy has lacked.

#1 Amazon It’s going to take a big effort for Amazon to improve their 2013 composite score of 5.86 to the level of Apple’s 2013 score of 9.51. Amazon already compares with Apple in the Peer Opinion vote and Gartner Opinion vote. Net sales continue to grow, going from $61.1B in 2012 to $74.5B in 2013. Where Amazon got knocked in 2013, Three Year Weighted ROA (at 1.9%), is where they stand to improve dramatically in 2014. Amazon was able to reduce the percentage of sales devoted to cost of goods sold from 75.25% to $72.77. This was a driver behind a 2012 Earnings from Continuing Operations loss of ($39M), to a positive $274M in 2013. Finally, Amazon hit it well for innovation when CEO Jeff Bezos announced on 60 Minutes about developing a drone based delivery service called Prime-Air, giving customers their product in only a half-hour after they click “buy”. Send me your thoughts on my Bold predictions. What other profiles should I consider? What factors should I weight more or less? Send me your Top 5 predictions!

David Statman
- May 14, 2014 at 11:24am
Can you imagine how much the supply chain game would change if the drones actually work?! Amazon would completely revolutionize how we shop and deliver goods (again!) What would happen to shipping companies like FedEx and UPS if drone technology could be harnessed for delivery?