China...times they are a changin'!

I’ve recently been noticing a number of articles in Industry Week dealing with labor disputes and issues in China;

Foxconn, Honda, Brother have all been the target of labor disruptions driving higher labor costs.   Foxconn and Microsoft are both mired in reports of poor working conditions.  While China’s communist government doesn’t officially allow unions, they seem to turn their head at labor protests – so long as the protest doesn’t appear to be critical of government policies.   Is it any wonder that this is happening?  Prices for electronics have been pressured downwards continuously over the past several years.  Just look at the cost of a laptop today compared to a few years ago.  Almost a 1/3 the cost.  While some of these reductions are due to economies of scale and improved manufacturing techniques, much of the savings is because of the low cost of labor.  Even still, factory wages are significantly more than a typical Chinese worker could make farming or as a laborer in the rural parts of the country, and so workers flocked to the factory towns.  As a result, China’s workers started having a disposable income.  Money for televisions, cell phones, bicycles and automobiles.  The same desire that drives consumption in the West, is starting to permeate life in China.  The Chinese worker wants the same things that you and I want.   Can you blame them? So what do these changes mean for us?  To a certain extent, we will need to accept that things will get more expensive (in the case of electronics, the downward price trend will slow and perhaps even reverse).  Chinese workers will continue to demand fair wages and better working conditions (as they should!). But these changes can continue only to a certain point.  At some point (as it did in North America, Europe and Japan), the wage pressures are going to increase to the point that the advantages of doing manufacturing in China will start to disappear and China will transition from being a low cost supplier of goods to a net consumer of goods.   At this point work will be moved to the next hub of low cost labour (India?  Africa?).  My advice for companies with manufacturing in China?  First and foremost, take notice of the working conditions in the factories.   It doesn’t matter that the contract manufacturer is a separate company with their own policies, it is your company name and brand that is attached to the product. Have a plan in place in case your manufacturing source (or their supplier) goes on strike.   Also, (and I’m sure this is something that you are doing already),  closely monitor the costs from your manufacturing operations.  At some point, costs will rise to the point where you will need to start looking at other sources. The sooner you recognize that point, the better off your company will be.   Before looking for another low cost offshore location to manufacture your goods, consider bringing your manufacturing back to North America.  While labor costs would be undeniably higher, these additional costs might just be offset by reduced lead time, reduced transportation costs, improved quality, reduced risk and improved goodwill.   Just a thought.

Lauren Bossers
- June 23, 2010 at 3:58pm
John, great minds think alike. I, too, had China on the brain today. I came across this article on Supply Chain Digest (http://bit.ly/aEXxFA) entitled "Supply Chain News: IHS Global Insights Now Says China Manufacturing to Exceed US Levels in next 3-4 Years."

It will be interesting to see how things shake out with China in the next few years. As you said, undoubtedly things will change. After reading the SCD article today, I posted a poll on the Supply Chain Expert Community (https://community.kinaxis.com) asking, "Can the U.S. Maintain the Top Manufacturing Position Over China?" It will be interesting to see what kinds of responses we get there.
Francini Ortiz
- June 24, 2010 at 11:38am
Great piece, John! I think that as Chinese workers’ wages rise and they get more educated, the new generation will definitely not accept the low wages and labor conditions their parents were OK with. For the short term, there are still the very poor remote provinces welcoming investments from companies running away from the expensive costs in the more developed areas in the country. But eventually, manufacturing will be transferred to other emerging low cost countries in Asia and Africa. And the Chinese government is aware of this and probably even welcoming it – they want to incentivize more value-added activities like services and alternative energy (I believe China is the #1 wind energy producer today).
Carol McIntosh
- June 28, 2010 at 3:36pm
John, I have also heard from OEMs that they are very sensitive about investing in China right now due to the increased number of labour disputes. There always tends to be a cyclical pattern in the supply chain. Some companies now are strongly supporting internal vertically integrated business models. Others are considering other countries as alternatives as Francini mentioned.
Russel Beron
- June 29, 2010 at 7:27am
Interesting discussion. In terms of scale, stability and manufacturing options though, I think there are still not many options other than China. Manufacturers are still coming to China as if it's a new story and they're looking at the domestic market. The auto sector just one example I've noticed here recently. Vietnam was a hot story a couple of years ago, but the scale is a fraction of China, the focus is on lower value goods and the logistics there is not feasible. India is another complicated story. Sure there are places like Bangladesh for textiles, but I question whether any country can match China's manufacturing capabilities even with rising labour costs and incentives for foreign companies falling away. Any thoughts?
John Westerveld
- June 29, 2010 at 8:50am
Thanks Russel (and others!)

I agree with you, Russel that China is currently the low cost alternative and is likely to stay that way for a while. However, I think that the trend we are seeing could eventually erode that cost advantage. As you point out, companies are looking to sell into the domestic market in China. If this market is to evolve, the Chinese consumers will need money with which to buy these products, raising the Chinese worker's expectations for wages, and driving up costs. 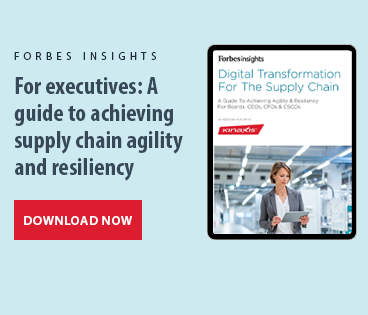 How Walmart suppliers can meet 98% OTIF rule and avoid fines

Walmart has announced it will give suppliers two weeks to increase the percentage of orders they ship OTIF from 70% to 98%. For supply chains practicing concurrent planning, this mandate won't be a problem. 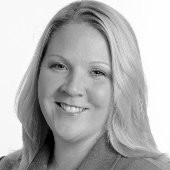