I find the battle raging in the cell phone handset market to be fascinating. But even as I wrote that sentence, I realized that the sentence is incorrect because the battle is more about the business model than it is between handsets. A recent article by Gartner entitled “Worldwide Smartphone Sales Soared in Fourth Quarter of 2011 With 47 Percent Growth” (subscription may be required) confirms that Q4 2011 was a record-breaking quarter for handset shipments, especially for smartphones.

What I find fascinating about the discussion is that Nokia still dominates the overall market with a 6% lead over Samsung for all of 2011, but down from 11% in 2010. Yet the brand is tarnished because they have been slow to penetrate the smartphone market. Well, this isn’t quite true since Nokia first tried to create a smartphone market way back in the late 1990s, when one of their bricks cost about $1,000. But they were never able to create the market need with a usability and development ecosystem to drive adoption. Principally the high-end Nokia phones were designed for business users, while the consumers were left with less functional phones. I use the term “phones,” instead of handsets, deliberately because I think this is where the business models diverge. Enter Apple. Much has been written about Steve Jobs’ brilliance since his passing, and I will not try to recreate any of that discussion here other than to recognize the merging of the hardware, operating systems, and development eco-system into a single platform delivering an unsurpassed user experience and market growth. Apple’s growth has been explosive. Even if we look at the growth of Samsung in terms of unit sales, their growth of over 13M units is overshadowed by Apple’s growth of over 19M units. Perhaps more interesting is that within the Android camp, Samsung’s gain has been at LG’s expense. By my count, the Android unit sales increased by 18M-20M, depending on how much of the “Others” bucket can be attributed to Android handsets. At the heart of the matter is the battle over a business model that separates out the hardware from the operating system and the applications that run on the operating system (Android), and a business model that combines all three into a single offering (Apple). Then there is Nokia that is trying to go the Android way though using a different operating system, and RIM that was the originator of the single platform but never really managed to make the transition from business to consumer device. At first glance it would seem that the Apple model is so much more complex, and it is, but it also provides so many more revenue streams. Apple’s brilliance is in execution at multiple levels: design, marketing, and supply chain. Perhaps its greatest brilliance, which has to be attributed to Jobs, is in creating the coolness factor that has drawn so many developers to its app store. But without the good design, great marketing, and superb supply chain, the developers would have lost interest because the marketplace wouldn’t have been there. So each of the elements is self-reinforcing, almost creating a perpetual motion machine. On the other hand, there is the Android market in which Google has separated out the hardware from the rest of the business model and has much looser control over the apps “supply chain” and sales, even though Google appears to be trying to gain more control of the hardware and app store. Of course this is all playing out within the PC/laptop/tablet market too, where again, Apple has the edge because of a combination of design, marketing, and delivery/supply chain. What I am really interested in following is whether the app store concept will translate into the business app environment. In truth, I’m referring more to iTunes than I am to the app store. Imagine if we could buy and sell a lot more than digital media on iTunes? But going even further, being able to use iTunes as an information brokering platform, truly making the supply chain digital. I have no idea if Apple is even considering this, but wouldn’t this be the ultimate form of convergence? 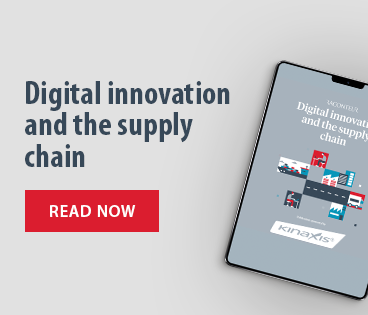