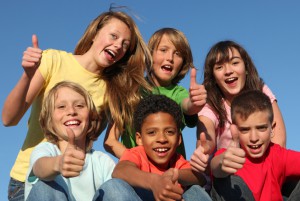 I love attending the Gartner Supply Chain Executive Conference. Much has changed in supply chain over the past 25 years, though there are many that date from that time, many of whom I run into at the conference, who would deny this. For me it is like a summer camp I have attended for many years. One of my younger colleagues walked with me through the hallways to a meeting and remarked afterwards that he thought we would be late because of the number of times I stopped to talk to people. What he doesn’t realize is that this is due to familiarity, as much as I wish it were true that his assumption of stardom was correct. What continued presence at the conference has given me is the long view of how supply chain management, and my focus area, supply chain planning has evolved. When I first started attending the Gartner Supply Chain Executive Conference no one had a degree in supply chain management and vendors were not welcome. Most business people were in fact very unfamiliar with computers and the majority of the vendors had advanced degrees in Operations Research. Nevertheless the core focus was on process, with people (skills) coming second, and technology excluded from the conference. This year there must have been 50 exhibitors at the conference, some of whom were more focused on people and process, the majority of whom were focused on planning. What I find strange in all of this is that almost always the central theme of the Gartner Supply Executive Chain Conference is about technological changes that will drive process changes and the need for skills development. This was as true this year as it was last year, and the years before. And yet within the community of supply chain practitioners the three horsemen of people, process, and technology are often portrayed as being in conflict. In fact the usual mantra is that you have to get the process right first, recruit/train to fill the roles, and then buy technology to satisfy the process. Hogwash. 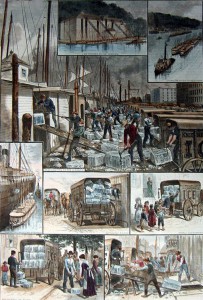 So it was with great interest that I listened to the keynote by Guy Kawasaki in which he told the anecdote about refrigeration. Initially people would go out on the lakes during the depths of winter and saw out big blocks of ice and drag them into town. The limitation being that when you most needed the ice, during the summer, it wasn’t available, and that for much of the U.S., the south, ice was never available. Nevertheless a thriving industry developed. Along came someone with the technology to manufacture ice in factories in towns. Very few of the businesses that had thrived in harvesting ice from lakes survived this shift in technology. Why? They continued to use the processes and people familiar with harvesting ice rather than manufacturing ice. The ice manufacturers thrived because they used different processes. A couple of decades later the refrigerator was developed which meant people could make cold air – people mostly used ice to cool the air – and as much ice as they wanted at home. Guess what? None of the ice manufacturers survived because none of them adapted their process and people to the manufacture of refrigerators rather than manufacture of ice. In other words we should be talking about symbiotic relationships between people, process, and technology, not a confrontational relationship. So it is with great pleasure that over the years I have seen a greater presence of technology in the presentations at the Gartner Supply Chain Executive Conference in both the end user and analyst presentations. I am still waiting for it to permeate the discussion to the point that people acknowledge the benefits could not have been achieved without the application of technology. What I find encouraging is that several larger companies are blurring the lines between business and IT, especially as the Millennials and Digital Natives come through the ranks displacing the Baby Boomers and Digital Immigrants. It’s not about the Digital Natives being tech savvy. It’s about the Digital Natives understanding that processes don’t have to be performed the ‘old’ way because technology enables different processes. As the anecdote provided by Guy Kawasaki illustrates this has been true for some time, and the companies that did not adapt went out of business. And the stakes have always been high no matter the technology change. Of course Kawasaki’s focus was on the technology embedded in the product sold to consumers whereas my focus is on the technology that is embedded in processes used to manufacture and deliver the product. After all, that is the focus of supply chain. However Erik Brynjolfsson and Andrew McAfee of the Massachusetts Institute of Technology have been writing and talking for some time about the jobless recovery, which is the direct result of a lot of work being automated through the adoption of technology. Brynjolfsson gave a brilliant TED talk titled “The Key to Growth? Race with the Machines” in which he addresses this issue of a combative approach toward technology. He states that the first electric motors did not result in much of a productivity gain because all we did was replace the old steam engines. It wasn’t until 30 years later, when people who had grown up with the electric motor were now in power, that a complete redesign of the factory took place to enable new work processes that made the factories much more flexible and productive. Of course the arrival of new technology is always a threat to people accustomed to doing things in a manner consistent with a prior generation of technology. Brynjolfsson gives a stirring call to action though. In his closing remarks he comments that since Garry Kasporov lost a chess match to a computer in 1997, no chess grand master has beaten a computer. This is what Brynjolfsson refers to as racing against the machine. He goes on to say that no chess computer has beaten a group of people playing as a team. This Brynjolfsson calls racing with the machine. What is the key ingredient provided by the humans? Team work, collaboration. Which brings me back full circle to the long view of the Gartner Supply Chain Executive Conference. There are still some of the technology diehards that believe in hard numbers and optimization. But my sense is that there are fewer and fewer of them. They believe in racing against the machine in the sense that they believe that a computer can be programmed to produce a better result than humans under all circumstances. There are those in the Gartner analyst ranks who hold to this view. What I see in industry is much closer to Brynjolfsson’s concept of racing with the machine. The evidence of this is the adoption of scenario planning as a core tenet of planning systems. The machine is used to calculate the likely outcomes of certain actions under human guidance. The human is used to evaluate the trade-offs between alternatives. Team work, collaboration, nuance, and human judgment. I look forward to next year’s Gartner Supply Chain Executive Conference very much. Undoubtedly there will be quite a bit of ‘rinse and repeat’. But each year the average age of the attendees stays fairly constant meaning there is new blood coming into the industry, and they are bring new ideas with them. Hopefully the ‘rinse and repeat’ will give them enough grounding to challenge and change the status quo. They need to because the stakes are too high to maintain the status quo.

Javier Tordable
- June 12, 2015 at 12:09pm
Good insights, Trevor. Maybe a reason that companies with significant experience developing software like Amazon and Apple have been able to build super effective supply chains is that they have been able to develop technology and process in parallel. Designing process that leverages their technology and writing software to enable whatever process they want to implement.