Being a presales consultant (…by day, Late Late Supply Chain Show host by night) during the last quarter of the year, there’s little, if any, time to reflect back on what was the most successful user conference in Kinaxis history. To be honest, my reflections didn’t start until I read Josh Greenbaum’s post, “Women of the Supply Chain: Responsibility, Collaboration and Bathroom Lines”. 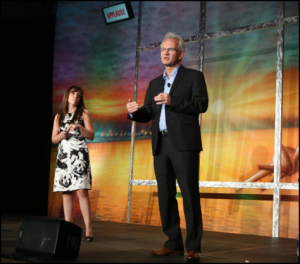 My first thought was “hey, there’ll be no collaboration in the bathroom” but then I realized he was referring to the gender ratio at the conference. Josh used the longer lines to the ladies restroom as a way to highlight the higher ratio of women at Kinexions.  I didn’t want to be the one to tell Josh that ladies go to the bathroom in pairs so that line would be double by default. Even so, Josh noted that ratio came in somewhat higher than the tech average at 23% but judging from this picture I would have guessed it was 50/50. The heart of Josh’s post called out the reasons way women make great supply chain leaders. Josh quoted Trevor Miles as observing “women appear to be better at cooperation and collaboration and to be more open to alternative points of view, all skills that are valued in the supply chain world.”  Josh’s article got me thinking about the other groups that were there and made me question if the description “user conference” is the best way to describe Kinexions. 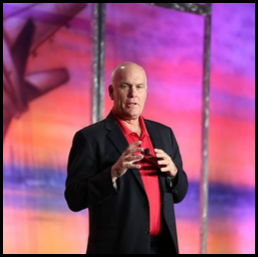 As Kinaxis CEO Doug Colbeth stated in his opening remarks, it all starts with the customers and nothing is possible in our world without our customers. We logically think customer equals user which equals person hitting the keyboard and managing their supply chains with RapidResponse. However, there were people from the customer base that were non-users. For example, executives, who reap the benefits of a more profitable supply chain, or members from the IT community who can be more responsive to user requests but are not necessarily users themselves. The term user just seemed to leave a few people out. Doug also put to bed many misconceptions about Kinexions. For anyone who has googled the term Kinexions, it’s not a spa or an online dating site for supply chain professionals!? Thanks Doug! 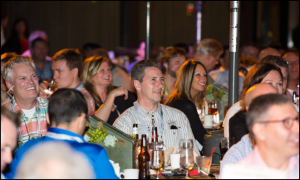 The second group was a unique one: prospects. Kinaxis is the only software company I know of that would let potential customers walk the halls freely and mingle with current customers. You couldn’t tell the difference between existing and potential customers as they had free access to all sessions. I don’t think Josh could have pointed out the prospects in the bathroom lines. Certainly there were break-out sessions designed for the more experienced user but we found those prospects looking for as much detail as they could get in these sessions. Do we now call it a “User and Wanna Be User Conference”? 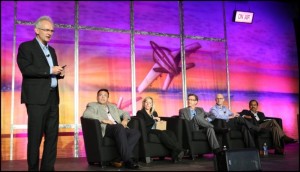 The third group to note was partners. There has never been a higher level of participation from Kinaxis partners at Kinexions. We saw them on stage in the main session, hosting their own break-out sessions and in booths set up in the halls which allowed anyone to go a bit deeper on their offerings. This group has a mountain of user, deployment and supply chain strategy experience. Again, these groups are delivering value to the user community but are not users. The term user just got diluted even more. Partners are a vital member of the Kinaxis community so perhaps we should rename Kinexions to the “User and Partner Conference.” Let’s move onto the fourth group: analysts. I’ll group both the supply chain and financial analysts together for this conversation. Obviously not users, this group is there to dig into the real user story. Sometimes it’s like playing a round of golf with a golf instructor. They’ve seen it all before so the only thing you can do is relax and swing like nobody’s watching. It’s the only way to get the most from this group in terms of feedback, insights and suggestions for improvement. We’re now up to the “User/Partner and Analyst Conference.” 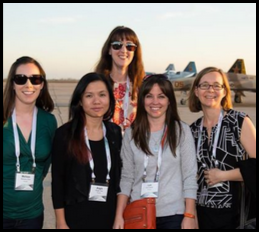 The final group of “non-users” is the Kinaxis employees. All levels of sales, marketing, development and services were represented at Kinexions. Here’s a little known secret, for the staff of Kinaxis this is likely the most valuable event of the year. There is nothing like hearing firsthand how customers are maximizing the benefits of their RapidResponse deployments and validating those success stories with partners and analysts. I don’t think we can go with the “User, Partner, Analyst and Employee Conference.” However the theme of Kinexions for the last several years has been “Learn, Laugh, Share and Connect.” Perhaps the connotation of the term “user conference” should change to reflect the experience and not a single group of attendees. If you have ever logged onto the Kinaxis Community you’ll notice the “Learn, Laugh, Share and Connect” banner. So, my suggestion is that next year we refer to Kinexions as the Kinaxis Community Conference. Regardless of the tag line, everyone at Kinaxis is looking forward to Kinexions 2015. Hope to see you there!