Over the holiday break from work, two interesting and time-consuming events occurred that really made me reflect on just how bad the UX of most enterprise software continues to be.

Up front, I am not just talking about user interface (UI) in this regard.  The rise of mobile platforms, visualizations of big data and many other factors have led to many new UI improvements. These new graphical interfaces, especially some of the new visualization styles with interaction, might serve to move the bar on business productivity in a small way, but I just haven’t seen anything yet that will transform business productivity in a meaningful way. Back to the observations.  First, our family became inundated with iPhones.  Both of my teenagers asked for iPhones for Christmas, but were denied by their parents - Mr and Mrs Grinch.  However, Santa – in the form of grandparents – came through in the clutch with gifts in the form of money.  This money was quickly converted into an iPhone 4 for each of them.  (I could do another whole blog on how Apple manages to charge $400 for mobile technology which is three generations old against their own platforms – not to mention the industry!) 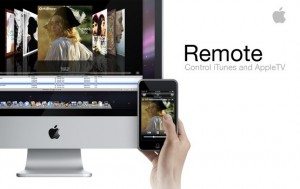 The Apple story of great UX is hardly new, but it is truly stunning to think that two teenagers can buy a phone, download upwards of a dozen apps, and then do everything from gaming to controlling the TV within minutes without thinking about reading documentation or taking training for a second.  Many of these applications are not written for areas where my kids are experts.  The apps – in conjunction with the device - turn people into experts.  Now, let’s think about your average enterprise software UX.  You buy software to help make you more efficient and/or effective at a business process where you are already an expert and you are then faced with manuals and training classes just to perform tasks that you were already doing! The second event was the ridiculous amount of time I spent playing Far Cry 3 from Ubisoft, one of the latest “open world” first person shooters (FPS) from Ubisoft. I find this game very addictive solely based on the UX.  The approach to the game (leaving aside the ridiculousness of the storyline – whether it is a parody of other first person shooters or not) actually mirrors business in many ways.  There are specific missions that you have to carry out, but there are many paths you can take to achieve the goals of these missions.  Also, like business, gaining experience on side missions helps gain you the skills you need to complete the main storyline missions faster with less damage.  Sound familiar? The depth of the world and missions would make it a little hard to cover in a single post, so I am going to stick to the act of hunting and capturing the bases of your enemies.  In these areas, the three parts of the game that really set itself apart are:

The interactive map allows the player to clearly see safe zones vs. enemy territory, hunting grounds, main and side missions, vehicle locations, and more.  The other thing is that the map is also a main navigation point to launch into missions. You can fast travel to areas you occupy and drop markers to help navigate from the general heads up display in the first person view. 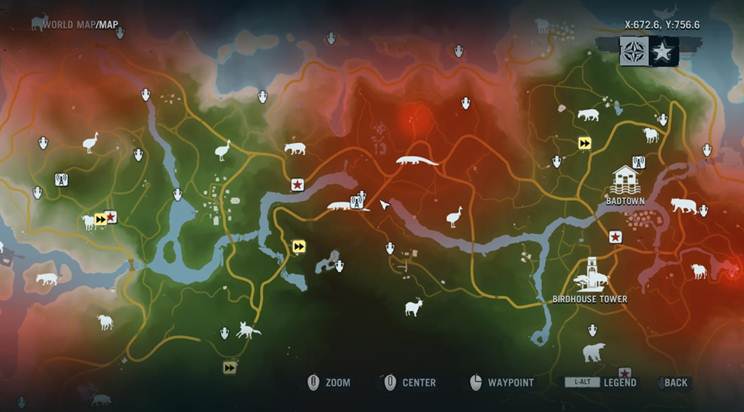 In the case of enterprise software, why should we not expect the same type of interface?  This is especially true when managing our value chains.  Why not see our customers, suppliers and logistics suppliers on the same map?  And not just a static map, but the ability to navigate into problem areas (or potential problem areas) without having to “alt tab” into another application (or multiple applications) to address it.

(2)    The heads up display with tagging

In the standard “first person” display in Far Cry 3, you have a camera that you use to help identify and tag objects (enemies, animals and so forth).  It makes it so much easier to execute missions when you know what is going on around you and how your surroundings are likely to respond. 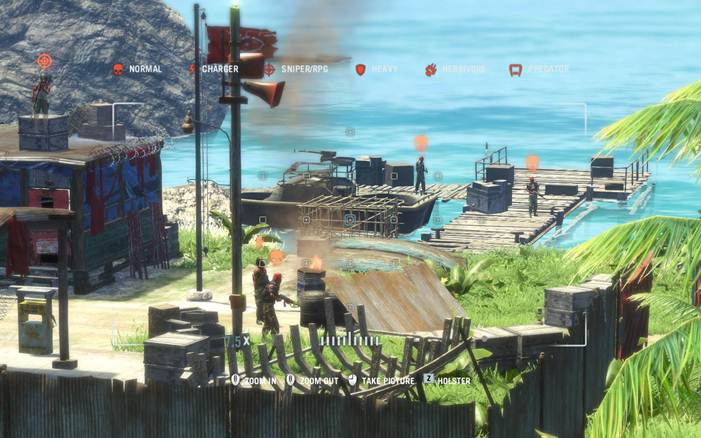 We do this in business all the time.  We identify the markets we want to go after, our most important customers, high risk projects, low margin business, and on and on.  However, in our day-to-day execution of the business, how many of these things appear in our “heads up display?”  Likely none.  Would it not be a lot easier to execute on strategy if you always were aware of the most strategic options available to you right now?  The decisions that would make sense and those that would not?

(3)    The many ways to achieve the goal, but always rewarding the least messy option

The final parallel worth mentioning is that there are many ways to achieve the same goals in the game.  One of the rewards that you accumulate in the game is experience points (XP).  The game rewards higher XP for the least messy options in achieving the goal.  Should business not be the same?

Why will these UX finally appear in 2013?  It is not like UX is a new idea nor is Far Cry 3 the first FPS to offer these type of experiences? I think the answer to this is two-fold: (1) many companies now have the transactional infrastructure and codified data to allow these UX to emerge and (2) with the continued explosion of corporate-relevant data, if these new UX do not evolve, companies truly will (continue to) drown in data. In closing, I know the naysayers point of view on the topic.  Building great UX for games and other consumer applications is easy because the stakes aren’t as high.  To that I say, “that logic is reversed.  If the stakes are so high in business and the consumer applications so trivial, how can enterprise applications not have better UX than the consumer applications?  Why are we investing in play over productivity?”

Peter Hanschke
- January 10, 2013 at 2:09pm
Well said! I use - because I have to - Oracle Financials to do expenses and raise purchase requisitions. Wow ...what a gawd-awful UX. It was designed by an accountant for accountants and built by a developer with zero attention to UX or UI for non-accountants. Just brutal.

The world has changed. Users of tech devices - mobile phones, tablets, etc. - are now so used to the ease with which you can do things (email, games, FB, reading, communication, etc.) when you have an awesome UX with a well designed UI. Software companies of all sizes have to realize that one of their competitors is everything in the mobile / tablet space. It never was like that ...it is now. If they keep their head in the sand by ignoring that fact - good luck, it'll always be a very tough sell.