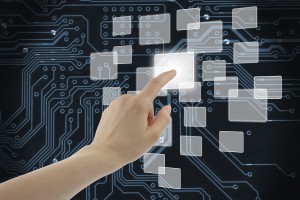 An interesting topic came up the other day at the office, the idea of non-traditional supply chain. Not non-traditional in the sense of a company that thinks and acts a little outside of what’s considered to be ‘normal’ supply chain operating processes. Rather, supply chains that don’t deal with material goods at all. Perhaps it’s because I’m a Millennial, part of Generation Y, and came of age at the same time the internet did, but my very first thought was of course there’s such a thing as non-traditional supply chain – just look at the data! Anyone who works in traditional supply chain knows data is king. It plays an integral role in managing not only your sales and operations planning (S&OP), but rules the roost so to speak when it comes to making sure your supply chain is operating effectively. Without accurate and timely data, that’s also easily visible, you’re likely not making the best decisions for your business. But what I’m talking about isn’t using data to enhance your supply chain. I’m talking about data as a commodity – and it’s a booming business right now. There are countless companies whose sole purpose is to mine data about consumers and sell it back to businesses for research and marketing purposes. How else do you think those annoying telemarketers got your number? This non-traditional supply chain isn’t pulling in parts from multiple suppliers to build an end product. But it is pulling data from multiple sources to compile a comprehensive database about you (frightening, I know!). That data is then moved from server to server and from company to company, the same way traditional supply chain moves inventory. For the number of companies who trade in data, there are thousands more who use it as a primary part of their business on a daily basis. They need to monitor where that data is coming from, where it’s headed to, and the consequences of any delays, just like with traditional supply chain. Financial institutions, health care operations, and even SaaS businesses are just a few examples of industries where data should be managed the same way as traditional supply chain. Perhaps in some cases it already is. These non-traditional supply chains even have similar risks as their traditional cousins. Both need to be concerned with things like disruptions to the supply chain. Event occurrences like natural disasters don’t only effect the movement of goods. They can knock out servers and down phone and power lines, preventing data-based companies from delivering their virtual goods. And don’t forget, worker strikes and labor shortages aren’t just limited to the manufacturing sector. Plus, non-traditional supply chains dealing with data have the added risk of breaches caused by hackers, improper procedures, or corrupted files. Stay tuned for part two, where I discuss another potential non-tradition supply chain – people.