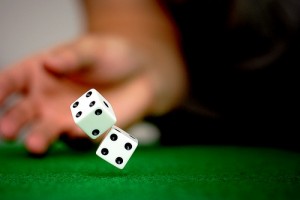 check this out
- July 26, 2013 at 12:48pm
Pretty section of content. I simply stumbled upon your blog and in accession capital to claim that I acquire in fact loved account your weblog posts. Any way I'll be subscribing to your augment and even I success you get admission to persistently fast.
Ray Karaffa
- July 26, 2013 at 1:45pm
Thanks Macchi. I'm glad you like my posts. Especially the one on "Does the Art of Scheduling Still Exist?" In his book titled "Production and Inventory Management in the Computer Age", Oliver Wight stated the following on page 206 referring to the transition from manual MRP systems to computerized MRP system in the 1960's: "The lesson is a very simple one. The human being understands the intent of the system. The computer processes data in vast quantities, but like a high speed idiot. It performs its assigned chores faithfully. Right or Wrong."

Ray
Lourie
- September 02, 2015 at 9:19am
I found your weblog website on google and test a couple of of your early posts. Proceed to keep up the superb operate. I simply extra up your RSS feed to my MSN News Reader. Seeking ahead to studying more from you in a while!