SCM30: What Are the 3 Greatest Advancements in Supply Chain Management? 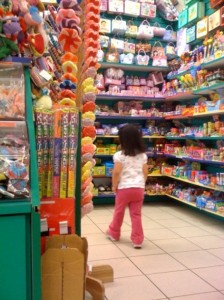 Welcome to the second blog post in the SCM30 series. Throughout 2012, Kinaxis will be exploring the past 30 years—as well as the future—of supply chain management.

I have always suffered from “a kid in a candy store” syndrome, and when Lauren Bossers asked me to write about the three greatest advancement in Supply Chain Management over the past 30 years, I was “over the moon.” But in truth, I turn quickly into “a deer in the headlights.” Paralyzed more by choice than by fear in this case. But I guess I am really paralyzed by the fear of making the wrong choice given the wide range of choice. How does one choose just three from a long list, and aren’t many of them interlinked? And If I choose this one rather than that one, what is Lora going to think of me? Also, it is just easier to identify the ones that have failed, because that is a fact. But to choose the three greatest advancements is to predict longevity too, not just past impact. And we all know how well we can forecast demand, don’t we? So in the end, I decided to make this personal—to be less analytical—which is tough for me. So let me take a crack at defining the three greatest advancements of supply chain management, and all of you armchair experts out there are welcome to agree, disagree, or just comment. We still have a long way to go and any and all insights are welcomed. 1: Defining the term So I started this blog with a bunch of idioms that are a fair, but incomplete, reflection of me. We all need and use acronyms and idioms to encapsulate and convey ideas in in a concise form, but lose something by bounding it tightly in a term. And so it goes with supply chain management. When I first came across the term I was working in Germany, which I am embarrassed to say was only 20 years ago, not 30 years ago, which is when the term SCM was coined. But even at that time there was confusion about the term SCM because the Germans used, and continue to use the term “Logistik,” which is very different from the North American term “logistics,” used to describe the transportation of materials between locations. In fact, a quick search of Wikipedia will show that “logistics” dates back to Roman times:   Logistics is considered to have originated in the military's need to supply themselves with arms, ammunition and rations as they moved from their base to a forward position. In ancient Greek, Roman and Byzantine empires, military officers with the title Logistikas were responsible for financial and supply distribution matters. Searching for supply chain management in Wikipedia comes up with a host of similar yet different definitions, not that dissimilar to logistics. But the whole point of having a name or term to describe something is that now people can study it, debate it, enhance it. Without the term there is no cohesion and therefore little progress. Let’s assume for now that we can locate the origins of SCM in 1982, 30 years ago. What is interesting is that from an academic perspective, little research was published until much later, with only five publications in 1997, 15 years after the term SCM was coined. 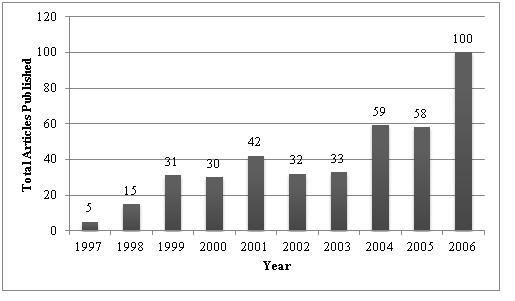 generation of supply chain practitioners in the executive ranks of organization. In a blog originally dating from 2008 and titled “Chief Supply Chain Officers are still rising, but what is the job?”, Kevin O’Marah comments that:

On one hand, supply chain looks ready to usurp all kinds of traditional functions from purchasing through shipping; but on the other, the very breadth of this span of control means that most real VPs of supply chain have hard line authority over only a portion of the process and must influence, via dotted lines, the traditional owners of manufacturing or forecasting.

The most obvious example of the emergence of this operations-savvy senior executive is Tim Cook as the CEO of Apple. His official bio, which I have copied below, emphasizes his deep supply chain experience. And what better exemplar can we get that a geeky function such as supply chain has produced the CEO of the hippest company in the world epitomized by the black mock turtleneck and other non-conformist characteristics of Steve Jobs.

Before being named CEO in August 2011, Tim was Apple's Chief Operating Officer and was responsible for all of the company’s worldwide sales and operations, including end-to-end management of Apple’s supply chain, sales activities, and service and support in all markets and countries. He also headed Apple’s Macintosh division and played a key role in the continued development of strategic reseller and supplier relationships, ensuring flexibility in response to an increasingly demanding marketplace. Prior to joining Apple, Tim was vice president of Corporate Materials for Compaq and was responsible for procuring and managing all of Compaq’s product inventory. Previous to his work at Compaq, Tim was the chief operating officer of the Reseller Division at Intelligent Electronics. Tim also spent 12 years with IBM, most recently as director of North American Fulfillment where he led manufacturing and distribution functions for IBM’s Personal Computer Company in North and Latin America. Tim earned an M.B.A. from Duke University, where he was a Fuqua Scholar, and a Bachelor of Science degree in Industrial Engineering from Auburn University.

But back to Kevin O’Marah’s point about the supply chain function only influencing rather than commanding the traditional functions of manufacturing and forecasting. As recently as two weeks ago I met with a high-tech/electronics company in Silicon Valley in which this is still the case. The supply chain management team is a central function, reporting into the CIO, that can advise but not act. It has little budget and needs to bring a number of budget owners together in order to reach a consensus on how to proceed and motivate each function to contribute toward a budget to purchase and implement supply chain software. We all know how long that takes and how seldom a consensus can be reached. Each head wants to maximize their operational effectiveness of their functional in isolation. I can only contrast that with another company I have been engaged with lately that has an SVP of Supply Chain that reports directly to the CEO and has direct operational responsibility over the business of getting product into the hands of the customer. Often the people who rise to these positions have a strong analytical background and have worked in many of the functions that make supply chain management. In other words, they understand the interconnectedness of the sub-processes and how optimizing one in isolation may well mean that the overall process is less effective. I believe the emergence of these people at more senior levels is a key reason for the resurgent interest in sales and operations planning (S&OP) over the past 3-5 years. They are laser focused on the cross-functional effectiveness of operations both from a financial and an operational perspective. While S&OP is the mechanism by which they are implementing cross-functional processes, many are interested in supply chain control towers as an enabling technology to support not only the S&OP process but also the translation of that plan into executional effectiveness, what Gartner and Lora Cecere call “demand translation.” In Conclusion There were so many items on my list, but I had to come up with three, and I chose the definition of the term supply chain management, followed by technology to support the sub-processes, and the emergence of people in the executive suite who understand the importance of the supply chain to the financial performance of the company. I am sure there are many other options out there and encourage you to either comment directly or email me with your suggestions.

Colin Finn
- April 07, 2012 at 1:49am
Here's an interesting factoid about Tim Cook. His background as VP Material at Compaq may have given him exposure to Kinaxis as far back in 1989. Compaq was the third customer of Cadence Computer (now known as Kinaxis). Back in the day, Cadence delivered a software solution running on a memory resident computer to simulate Compaq's MRP planning process (they used Maxcim). How we were able to sell an application specifc computer, to a company that built one of the first personal computer was an astonishing accomplishment due in part to the visionary leadership of David Seay who in 1989 was director or materials for Compaq. The other side of the coin was that we were able to establish a compelling value proposition related to the economic value of an on-demand "what if" materials and inventory application. This was what became the selling value proposition of the early APS (Advanced Planning and Simulation) technologies.
Trevor Miles
- April 09, 2012 at 9:32am
Thanks Colin. It is always great to get these snippets of history. I wish I could ask Tim Cook whether he remembers Cadence.
Bill Seliger
- April 10, 2012 at 9:43am
Trevor - thanks for contributing another very interesting post.

I believe the strongest reason to put Supply Chain at the table in the C-suite is so they can lead change rather than just influence it (or, looking at it another way, be held responsible for change). Change Management experts will tell you that one can only enact change with appropriate sponsor authority and 'influencing' doesn't always give one the type of authority required to make the change necessary for real supply chain optimization, particularly in larger organizations.

I blogged about my impressions of the Aberdeen SCM Summit held this past week in Chicago - http://billseliger.blogspot.com/ - the three Supply Chain practicioners that had the greatest impact on their organizations all had extremely high executive-level support (or were, in fact, already at the table in the C-suite). I believe we're entering an era when more companies will recognize that aligning their organization structure with their strategy will yield tremendous benefit.

What I find intersting is that we are seeing C-Suite people, even CEOs, emerging from the Operations function, rather than forcing the C-Suite to adopt an operations focus. Undoubtedly process change is always required, but I think it comes best from someone who has lived the process rather than has been taught the need for a process that spans functions.

I am all for people being taught the basics at university. But it is when they live the reality that they understand the need.

I'll have a look at your blog and comment their.