The shape of a supply chain distribution network 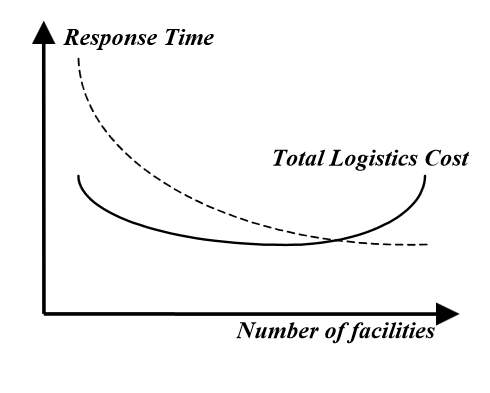 There is no doubt that a minimum number of locations are required to minimize the logistic costs but in order to be more agile and quick to respond to market changes an organization should go beyond the cost minimization. Figure 1 shows that the extra number of facilities would bring quicker response times to market albeit of increasing the logistic costs. But, the main question would be: where are the tradeoffs? To answer this question let’s take a look at the response time and supply relationship. Supply is a factor of time because the supplier cannot react quickly to a demand change. So it is really important to see if the demand change is temporary or permanent. For example one should investigate whether the demand increase for umbrellas is because of the one rainy season or is it because of the climate change. So a key factor to evaluate the required supply is predicting the demand shape. In figure 2, the demand shape has a sinus pattern and depends on the economic and market condition, the slope of peak or downturn changes time to time. However, the trend of the demand is more stable in longer periods of time and would be a good indicator that market is expanding or retracting. It is really important for the company to know its product demand shape in the next five to ten years and adjust its supply chain accordingly, so that they may respond to market change quicker. In the expansion period, a company may wish to build a new infrastructure in other geographical areas (market penetration) and in a downturn, would decide to consolidate the duplicate distribution systems created at an earlier time. This wave is what to consider for response times. 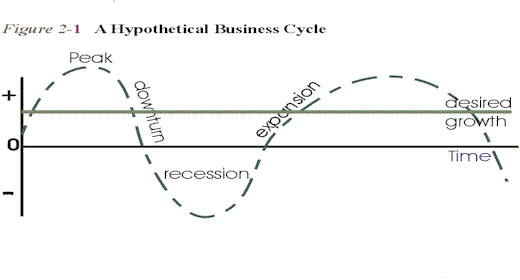 I hope you enjoyed this discussion on distribution shapes. What are your thoughts? Do you agree with my deductions? Look forward to hearing from you in the comments section!

Manu
- June 07, 2016 at 12:17am
Very much informative, well presented, after a long time its like refreshing some of my chapters in Economics & Business Studies.
Iman
- June 07, 2016 at 11:03am
Thanks Manu for your positive comment and feedback. I enjoyed writing it.
frank ofosu
- April 25, 2022 at 5:43am
how do we decrease response time without increasing facilities