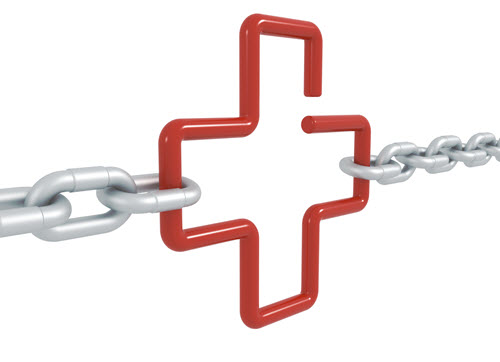 The Syrian refugee crisis has produced some staggering statistics. According to UNCHR, the UN refugee agency, more than four million Syrians are living outside their country as registered refugees. In Lebanon alone, more than a million Syrians have taken refuge, increasing the country’s population by a third. More than 12 million people are in need of humanitarian aid as a result of the civil war raging in Syria. While the Syrian refugee migration has received significant press coverage recently, it’s only one part of a larger, dire picture. According to a recent UNHCR report, nearly 60 million people were forcibly displaced in 2014 from countries such as Iraq, Eritrea, and Afghanistan. Of those 60 million people, 19.5 million were refugees. A crisis of this magnitude creates a mind-boggling supply chain and logistics challenge. Relief agencies normally spend as much as 80% of their proceeds on logistics and supply chain. Unfortunately, according to the UN High Commissioner for Refugees, António Guterres, its income in 2015 will be 10% less than in 2014. Need is clearly skyrocketing. The location of those in need is evolving and unpredictable. Funding is lacking. So, how can the supply chain fulfill refugees’ basic requirements for food, water, shelter, and medical assistance? Several companies and projects have emerged to address this critical question. Perhaps most notably, CHEP, a pallet and container pooling provider, is supporting UNHCR to perform an in-depth study of its global supply chain network. And that network rivals many large global corporations in its size and scale. UNHCR operates in 123 countries with more than 9,300 staff, providing protection and assistance to more than 46 million refugees, returnees, internally displaced, and stateless people. With a network of seven distribution centers (in Copenhagen, Jordan, Dubai, Nairobi, Tanzania, Cameroon, and Ghana), UNHCR can ship core relief items from these stockpiles to assist up to 600,000 people within 72 hours, if needed. CHEP is doing this supply chain study free of charge, after the UNHCR asked the company to evaluate if and how improvements could be made to improve logistics and associated costs in its relief network. In talking about the study, Vicente Escribano, UNHCR’s head of its supply management logistic service, said, “The efficiency of our supply chain is often literally a matter of life and death to the refugees and families we serve, so any improvements we can make could have a massive impact.” CHEP’s Plant Network Optimization Team is reviewing the current state of UNHCR resources and conducting a detailed analysis of UNHCR’s supply chain network. The goal is to reduce the lead time and costs required to service refugee camps. CHEP will complete the study by late 2015 and present its findings and recommendations to UNHCR shortly thereafter. CHEP isn’t the only company stepping up to make a positive impact on the refugee crisis. The philanthropic branch of UPS, the UPS Foundation, is working with UNHCR and the World Food Programme (WFP) to deliver relief shipments to thousands of refugees in Greece and along the Macedonian border. On September 5, 163 metric tons of relief supplies arrived via air shipments, including 86 tons of high-energy biscuits, 30,000 blankets, 25,000 sleeping mats, and 1,000 solar lanterns. The UPS Foundation funded these flights as part of its UPS Humanitarian Relief and Resilience program. During the past three years, the UPS Foundation has supported significant relief efforts for Syrian and Iraqi refugees. For example, in 2013, the organization provided Syrian refugees with in-kind transportation of 394 metric tons of food and supplies. UPS Foundation also deployed skilled volunteers to southern Turkey as part of the WFP’s Logistics Emergency Team to assess capacities of ports, roads, and airports along key supply lines to support Syrian refugees. In addition to these more traditional efforts, mobile technology is changing the way the humanitarian aid supply chain is managed. Aid workers and entrepreneurs are leveraging social media to support refugees, and it’s no surprise that crowdsourcing plays a prominent role. I recently wrote about how crowdsourcing is revolutionizing supply chain management, and several impressive efforts that address the refugee crisis exemplify that. A German website called Refugees Welcome (Flüchtlinge Willkommen), which was started in November 14, 2014, connects individual refugees in need of accommodations with people who have volunteered to share space in their homes. As of this writing, the website has placed 222 refugees in private residences. Another noteworthy example in this area is Refugee Maps, a project that merges hundreds of grassroots donation drop-offs, fundraising endeavors, and advocacy undertakings throughout Europe. The flow of refugees coming in through Calais, France, prompted the creation of Refugee Maps. It was that same influx of displaced people that led to the creation of an Amazon Wish List that enables donors to purchase essential goods for refugees in Calais and other affected areas.

Inevitably, more of these corporate-backed and grassroots supply chain efforts will emerge, as the effects of the refugee crisis will be felt in Europe and beyond for years to come. How have you seen companies and individuals stepping up to help? Where do the challenges and opportunities lie? Let us know your thoughts in the comments.

Ashish Pujari
- October 19, 2015 at 5:29am
I like the multi dimensional perspectives outlined here.
rgds