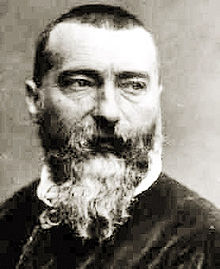 “The more things change, the more they stay the same” - Jon Bon Jovi, 2010, Greatest Hits.       Separated by 161 years, but the phrase is well known worldwide. In my opinion, the highlight of last week’s Gartner Supply Chain conference was the Top 25 dinner.  The days of creating an “Academy Awards night” feel, with cameras and trophies is gone, but the purpose of a Top 25 remains.  Recognizing supply chain from both the financial results, as well as leadership, makes the entire audience applaud the direction we are going.  However, this year just felt flat.  Not much changed in the Top 25.  I made my “Bold Predictions” blog a few weeks ago.   Should have changed my approach and just gone with “Not so Bold Predictions”.  Thirteen of the 2014 Top 25 had either no change from their 2013 ranking or +/- 1. 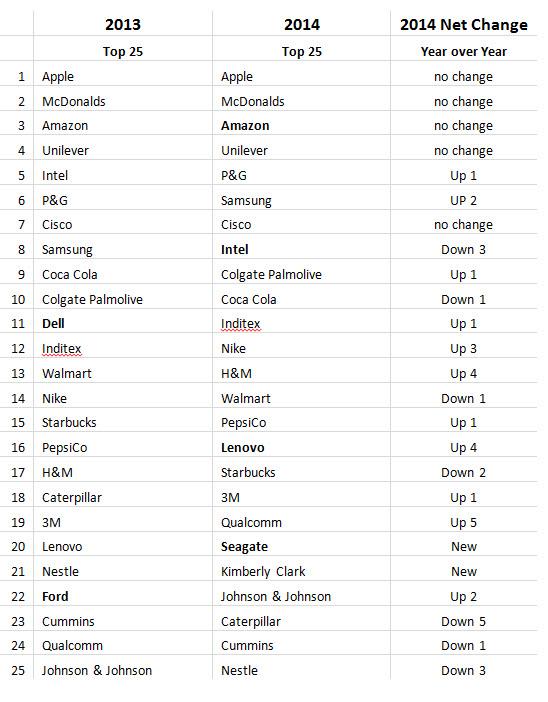 I understand the metrics are difficult to collect, audit, and balance between the industries, but I’m calling out a need for innovation in the Top 25.  The general content is good, but let’s bring back some pomp and circumstance, some excitement and some intrigue. My thoughts on innovation: Delving deeper into the 2014 Top 25 numbers

While the general Top 25 didn’t change much, there is significant learnings for new companies interested in joining the ranks. Dell Drops out of the Top 25 While this was to be expected, since Dell went private, it’s significant as Dell has been a perennial member of the Top 25.  In many ways, Dell has been instrumental in elevating supply chain in both the corporate view and the media.  The Dell Direct model is well documented and has been studied at universities.  Hats off to the foundation that Dell has provided for our practice.  The lesson to be learned is to recognize that leadership, and communication of that leadership, is a core part of your company’s Top 25 rank. Don’t think that one category can’t hurt you Intel had another good year.  From 2013 to 2014, Intel’s Peer score went up from 756 to 908.  Gartner score dipped slightly from 515 to 475.  ROA went down a little from 15.6% to 12.8%, and Inventory turns increased from 4.2 to 4.8.  It’s the Revenue category that really hurt Intel, dropping them from #5 to #8.  Things were great from the 2009 to 2011 stretch: Year                        Intel Annual Revenue (USD)

The Three Year Weighted Revenue growth was a determining factor in their rise to the Top 10.  However, the past few years have created a trend that impacts their Top 25 standing: 2012                       $53.3B 2013                       $52.7B And with guidance on 2014 revenue being flat to 2013, it’s a critical time for Intel’s supply chain to stand up to the profit margin challenge.  The lesson learned here is that certain supply chain metrics can make a good story, but controlling profitability will always make a great story. The real battle is between Amazon and P&G I find it interesting, rather make that perplexing, when looking just at the Peer Opinion Top 10 vs the Gartner Opinion Top 10 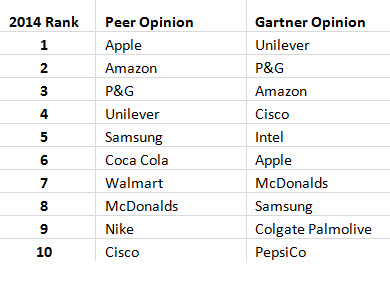 Three companies made it into the Peer Top 10, but not in the Gartner Top 10: Coca Cola, Walmart and Nike.  On the reverse, three companies made it into the Gartner Top 10, but not in the Peer Top 10: Intel, Colgate Palmolive, and PepsiCo. But, when you look deeper at the numbers, Amazon and P&G are the two contenders.  Amazon’s Peer and Gartner votes jumped.  In fact, their Peer vote is nearly the highest, being in the “3000 Club”.  Their crutch is ROA.  Investments in web services and fulfillment have kept them at sub 2.0% Three Year Weighted ROA.  When these investments bring revenue, watch out. P&G still has the higher Peer vote than rival Unilever, and similar financials to Unilever.  The wild card for P&G is bringing back AG Lafley.  He’s known for bringing innovation, customer is boss, and moments of truth, as key concepts for P&G’s June 2000 recovery.  Going forward, I look forward to seeing how P&G’s supply chain can control/cut costs, bring innovative products to the market, and reach into the emerging markets. Leadership and conference presentations can get you everywhere Take heed all ye in the 26-50 rankings.  Sharing your success and leadership at conferences can vault your position.  Look no further than Lenovo and Seagate.  Lenovo has been visible, both from presentations of their supply chain success, as well as notable acquisitions.  Case in point, their 2013 Peer vote was 397.  2014 Peer vote swelled to 808.  My recommendation to Lenovo would be to get their story to Gartner (2013 to 2014 fell from 211 to 210). Seagate was the biggest surprise as the new entrant into the Top 25. They’ve done a great job at managing the post Thailand flood challenge, where a significant number of suppliers in the hard drives and components were impacted.  Also, Seagate has done well to get the message out, through SupplyChainBrain interviews, guest blogs on The Storage Effect and presenting at the 2013 SCM Logistics & Manufacturing World conference.  The one number that stands out for Seagate is the ROA.  At 19.5%, they rank 3rd behind #1 H&M (26.7%) and #2 Apple (20.5%).  It’s an intriguing rank, so I had to check out the details.  Seagate’s cash dropped from 2011 to 2012 by nearly $1B.  I would think that’s in support of their suppliers who were decimated from the 2011 Thailand floods.  Then, Seagate improved their Net Receivables from 2012 to 2013 by $638M. Seagate Balance Sheet: 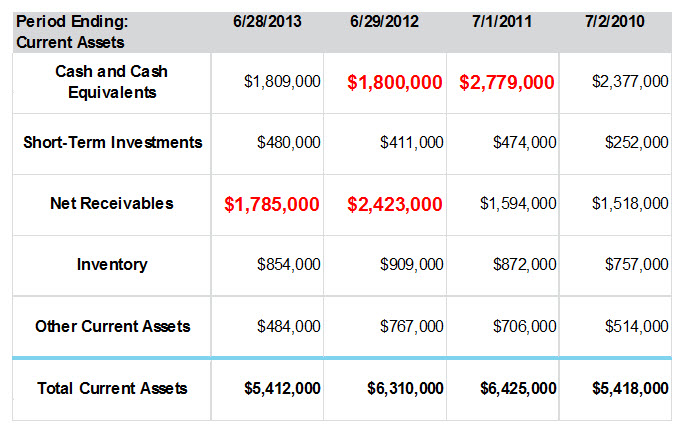 Seagate has talked about their transformation, especially in postponement, collaboration and simplification.  These facets will have a positive spin on the cash and receivables.  The challenge for Seagate to be able to stay in the Top 25 is to move their transformation to a value driven model, leveraging an integrated S&OP that drives tradeoffs across the network. All that being said, here’s my early 2015 “Not So” Bold Predictions: #5 P&G #4 Unilever #3 McDonalds #2 Amazon #1 Apple Please send me your thoughts on the Gartner Top 25 Supply Chain model.  Who do you think didn’t make it in the Top 25 that should have?  What factors would you add to make it more interesting?