Throwback Thursday: Competing against time. A concept worth re-exploring.

As the idea of "Throwback Thursday" grows in popularity, we couldn't help ourselves but to jump on board!  Despite the temptation, we'll refrain from posting pictures of women with teased hair and big shoulder pads; men with their bell bottoms; or adorable baby pictures from a time in our lives when we were all cute.  Instead, on this quiet holiday week, we'll keep it professional and look back on a past blog post that covers a classic concept that remains as relevant as ever. This post certainly does not have to compete against time. Enjoy! Originally published January 12, 2012 by Trevor Miles (@milesahead) 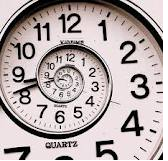 Every now and then a concept comes along that resonates very strongly with what I perceive to be key issues in operations in general, and supply chain in particular.  One of these is the seminal work by George Stalk of Boston Consulting Group titled Time—The Next Source of Competitive Advantage published in July 1988 in which he states that: Today, time is on the cutting edge. The ways leading companies manage time - in production, in new product development and introduction, in sales and distribution - represent the most powerful new sources of competitive advantage. Unfortunately Stalk decided to name the book he co-wrote on the topic as “Competing Against Time” which isn’t the point, although the subheading “How time-based competition is reshaping global markets” rescues the concept, which is really about competing against the competition with time.  It is all about being more agile, more responsive, to real conditions. Stalk sets out some Rules of Response very clearly:

All too often though people get the impression that these rules are only applicable in the short term.  They are not.  The issue of responsiveness in operations is driven by the latency of the information and the time it takes to respond. In other words, the time to detect that something of significance has happened and the time to respond to the change, or correct the discrepancy. Reducing either of these will have a dramatic effect on a company’s competitiveness, whether this is a short term detection of demand change that requires rescheduling manufacturing or a longer term change in technology that requires the purchase of new manufacturing capacity. Terms such as VUCA – Volatility, Uncertainty, Complexity, and Ambiguity - or PDCA – Plan, Do, Check, Act - don’t excite me because they are focused on removing volatility and complexity, usually promoting ‘stability’ at the cost of responsiveness, whereas Stalk’s concepts are all about being responsive, being agile. To me this is the correct emphasis. While of course there is an overlap in that a decision or manufacturing process that is overly complex will result in longer lead times, it is the overall sentiment of complexity and volatility being ‘bad’ expressed in VUCA and PDCA with which I disagree.  As I wrote in a previous blog from the 2011 Gartner Supply Chain Conference: I say embrace VUCA. Accept that it is the new norm. Resistance is futile. Similarly, Deming’s idea of PDCA is all about process improvement, it is about ‘managing’ complexity and ensuring ‘consistent’ processes. Again, I am not saying that these are bad approaches in and of themselves, only that they are insufficient.  Knowing that you are performing a process consistently doesn’t mean that you are performing it well.  It is like assuming that if you throw everyone in jail who has committed a crime that we will live in a crime-free environment. Far more interesting to me is the OODA - Observe, Orient, Decide, Act - idea from the US military strategist Colonel John Boyd.

While at first this may seem to be very similar to VUCA and PDCA, the key point to the OODA loop is that:   Time is the dominant parameter. The pilot who goes through the OODA cycle in the shortest time prevails because his opponent is caught responding to situations that have already changed.   In other words reduce the time to detect and the time to respond.  To put this into supply chain speak, it is all about:

Another absolutely key concept expressed by Boyd is the need for ‘human judgment’, for the system to act as an organic whole to adapt to situations as they unfold at the location at which they unfold.  Having long chains of command that force front line people to get approval from HQ is antithical to this idea: … large organizations such as corporations, governments, or militaries possessed a hierarchy of OODA loops at tactical, grand-tactical (operational art), and strategic levels. In addition, he stated that most effective organizations have a highly decentralized chain of command that utilizes objective-driven orders, or directive control, rather than method-driven orders in order to harness the mental capacity and creative abilities of individual commanders at each level. In 2003, this power to the edge concept took the form of a DOD publication "Power to the Edge: Command...Control...in the Information Age" by Dr. David S. Alberts and Richard E. Hayes. Boyd argued that such a structure creates a flexible "organic whole" that is quicker to adapt to rapidly changing situations. He noted, however, that any such highly decentralized organization would necessitate a high degree of mutual trust and a common outlook that came from prior shared experiences. Headquarters needs to know that the troops are perfectly capable of forming a good plan for taking a specific objective, and the troops need to know that Headquarters does not direct them to achieve certain objectives without good reason. These are key concepts we at Kinaxis have been promoting for a long time.  Every second that we waste in making a decision is a minute less that we have available to actually respond to situation.  In sports, reaction time is a well recognized competitive advantage.  Reaction time is coupled with the ability to ‘read the game’ and, for example, to call audibles at the line of scrimmage in American football. (I have always felt more comfortable with ‘European’ sports, such as soccer, that are a lot less structured and orchestrated precisely because the players have a lot more decision making power.) So in the end perhaps Stalk’s title “Competing Against Time” was correct, but this is a process efficiency perspective.  I still prefer the OODA concept of competing with time because this is about process effectiveness.