Visibility is Losing its Clarity

Given the increasing trend in outsourcing in all industries, there is great amount of interest in visibility. It is the ‘money men’ that have pushed us in the direction of outsourcing and off-shoring, largely to get expensive assets off the books and in pursuit of cheaper labor.  No Operations person would have chosen to outsource because of the lack of direct control this implies. Activities that used to be under the direct control of operations have now shifted to a Procurement function. I am not suggesting the ‘money men’ are wrong to focus on the company value. Far from it. The issue is that we have not replaced the direct oversight of an internal function with the required visibility to maintain the level of control necessary to manage an extended supply network. Lora Cecere of Supply Chain Insights has weighed in on the supply network visibility discussion stating in a Forbes blog titled “Building The Extended Supply Chain: If Only It was Like Legos” that

The primary investments of today’s corporations are in Enterprise Resource Planning (ERP from major software providers like INFOR, SAP SAP and Oracle Oracle.) The average company has not one, but seven instances. (Imagine seven Lego blocks….) And, while the company would like to use these investments to connect to trading partners, the study substantiates that the only value that is being derived from these investments is visibility of internal manufacturing. As shown in figure 1, the gaps in logistics and supplier visibility are large. 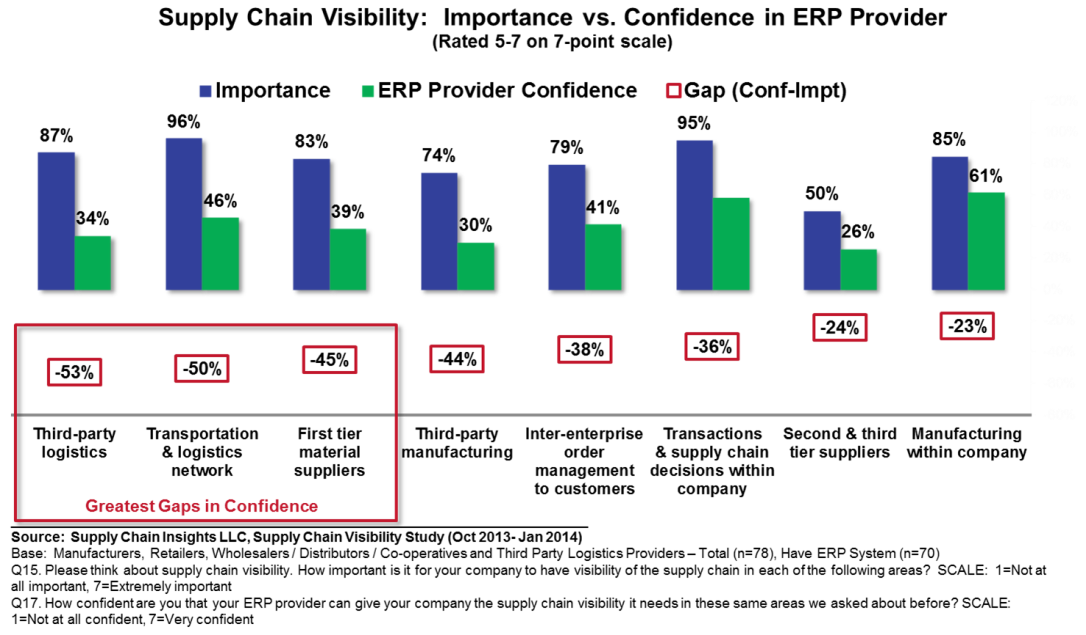 In other words, by outsourcing companies have less control because much, perhaps even most, of the supply network data is outside of the enterprise, and therefore outside of the ERP system.  And this is what is driving the need for visibility. But what does the term visibility mean? According to Wikipedia

…visibility is a measure of the distance at which an object or light can be clearly discerned.

We can make a direct translation between distance, as referred to in the Wikipedia definition, and visibility into the extended supply chain network.  Clearly a person in the picture on the left can travel faster and more safely than the person in the picture on the right. They know sooner and can act faster to dangers that present themselves. (Well, maybe their reflexes aren’t improved, but they have more time in which to act because they are seeing the danger so much earlier.) As importantly, if the road is very busy, rather than empty as in the photos, which is typically the case in a supply network, the person would need to consider many more courses of action before acting. Having a system to not only see further (know sooner) but also to be able to evaluate several courses of action quickly (act sooner) in order to make a risk adjusted decision is where visibility creates real value. But this is not the manner in which visibility is usually promoted by vendors. Let us start by distinguishing certain types of visibility:

The ‘How I will do’ extended, cross organizational visibility provides the ability to know sooner. It requires the harmonization of data across multiple systems of record and the ability to tug one of supply networks to determine where the impact will be felt. Without these capabilities we are left in the ‘fog’ of single echelon visibility. Being able to act faster means that we have to evaluate the impact of decisions across organizational boundaries quickly and be able orchestrate a collaborative trade-off analysis between several trading partners. Without this ability we are left with the ‘boy who cried wolf’ once too often. Without the ability to course correct visibility is of limited value. A Gartner report titled “How to Enable End-to-End Supply Chain Visibility” (Titze, C., Barger, R., 23 January 2014) states:

“Sense and respond are the top-level processes for executing supply chain visibility. Visibility is an enabler for better planning and execution, but companies can only take appropriate action when visibility is coupled with analytics and control.”

It goes on to say,

“With the provisioning of enhanced capabilities, scenarios can be simulated and analyzed in the context of trends, anomalies, threats and opportunities, after which a best business decision can be made.”

“We want to stress again that visibility is not only the traceability of objects along the supply chain, which was its initial functionality, answering questions such as, "Where is my material?" or "Where is my order?" Visibility is about more than tracking and tracing products on their way between business partners — either inbound or outbound — mainly by using electronic data interchange (EDI) technology. Visibility is broader, addressing questions such as, "Is my supply chain following the plan?" and "How do I operate the network profitably?"

These are the real opportunities of supply network visibility. Anything else is ‘lipstick on a pig’. True visibility not only gives actionable insight, it also provides a way to make collaborative risk adjusted decision. In today’s extended supply networks, visibility enables companies to absorb business complexity. Masking the complexity, as simple visibility does, is of no value. In fact it is detrimental since in most cases it is the product or business service complexity that provides a company with its differentiation. 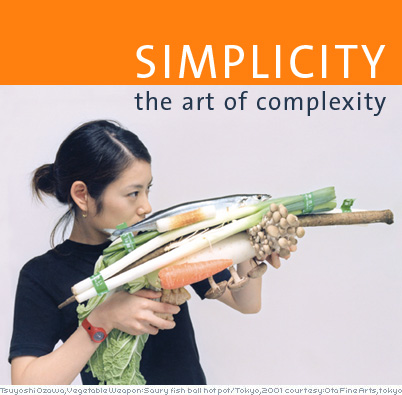