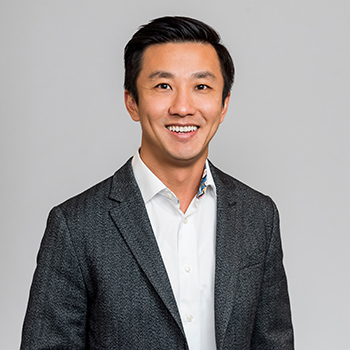 Kerry Liu joined Kinaxis through its acquisition of Rubikloud Technologies in July 2020. He was CEO and Co-Founder of the machine learning company that became a leader in retail and CPG forecasting and optimization technologies.

As Executive Vice President of Product Management and Innovation at Kinaxis, Kerry leads the integration of Rubikloud products and capabilities with the RapidResponse platform. He builds key partnerships and leverages opportunities in the technology ecosystem to drive innovation and customer success and oversees product management.

Prior to Rubikloud, Kerry was an early employee at Strangeloop Networks (acquired by Radware) where he led the channel partnerships business. Kerry currently resides in Toronto but grew up in Vancouver, British Columbia. He graduated from UBC with a Bachelor of Commerce and completed a Chartered Accountant designation with PricewaterhouseCoopers. In his spare time, Kerry is actively involved in the startup community as an advisor and angel investor.

Kerry lives in Toronto with his wife and dog. When not working, Kerry enjoys investing in tech start-ups, traveling, and anything with four wheels and a motor. He used to be an avid hockey fan but has never fully recovered from the 1994 and 2011 Vancouver Canucks losses.