Seeing jack-o-lanterns, skeletons and witches on front porches and store-front displays reminds us that—as difficult as it may be to believe--the holiday season and end of the year are right around the corner. And while that’s historically good news because holiday-season sales play a considerable role in many companies’ revenues, the sales season this year looks to be challenging. One issue is that as orders fell during 2009, inventory levels for many companies stayed high. Since then, they have been able to deplete that surplus inventory, which is good. On the other hand, with that safety stock now either gone or very slim, these companies have become much more dependent on their suppliers’ responsiveness and overall performance. The problem, as has been noted by both Bob Ferrari and Jim Fulcher, is that suppliers have had difficulty meeting their customers’ requirements this year. Texas Instruments, a supplier of several component chips for the DroidX, EVO and iPhone4 smart phones, is struggling to keep pace with customer demand. It is, however, far from being the only company with supply chain challenges. Mobile phone manufacturers themselves are responding to component shortages by switching to other components that may have more availability. Furthermore, that situation isn’t just limited to the smart phone market. According to an MFG.com survey, 42 percent of small and medium-sized suppliers said they have received queries or work from larger companies that are urgently in need of assistance due to their own supply chain problems. The second issue companies increasingly struggle with is demand uncertainty. Whether it’s toys, shoes or smart phones, no one really knows what future consumer spending will look like. In recent months consumers have shown a willingness—albeit somewhat guardedly at times—to spend. But with unemployment hovering around 10 percent and persistent fears of possible end-of-year layoffs, consumers may scale back their spending on holiday gifts this year. The watchword in all of this then is “volatility.” That applies to suppliers’ ability to meet manufacturers’ demands as well as unpredictable consumer demand. Addressing those market conditions requires companies to walk a tightrope of sorts. No one wants to lose possible sales and fail to meet customer expectations, so faced with uncertain demand and supplier volatility, the temptation is to build inventory levels. That way, there always is sufficient inventory on-hand to meet a potential sudden increase in demand. However, carrying that inventory presents drawbacks as well. Most notably, there is the high cost of carrying that surplus inventory—not to mention the possibility of being stuck with excess and obsolete inventories in case potential demand never materializes. Use of S&OP helps alleviate these concerns because, as a cross-functional planning process, it helps organizations better identify and respond to demand so they can not only maximize opportunity—but also mitigate risk. That’s possible because S&OP helps users strike a balance between the sales and operations planning disciplines. Key capabilities play an immense role. The ability to conduct what-if analyses--for instance—for both supply and demand is crucial, as is being able to evaluate analyses against both financial and operational targets. Secondly, event-driven S&OP is increasingly valued because it delivers the ability to actively monitor the current plan and notify the appropriate people when the plan is at risk. That, in turn, allows them to take immediate action to correct the course. So, how is your S&OP process? Will you receive treats, or tricks, in the coming months?

If you like dealing with problems and getting caught in the rain ... then keep your old demand...
Say you’ve embarked on a road trip to discover a new hot spot or even that you’re driving the most familiar of routes, like your daily commute to the office. You’ll likely use a live maps app like Waze – which allows drivers to share and pool data about traffic patterns, weather, tolls, local currency, highway patrol reports and local events – to make sure you get from point A to point B in the most efficient way possible. Whether you’re detouring around an accident, switching routes when you... 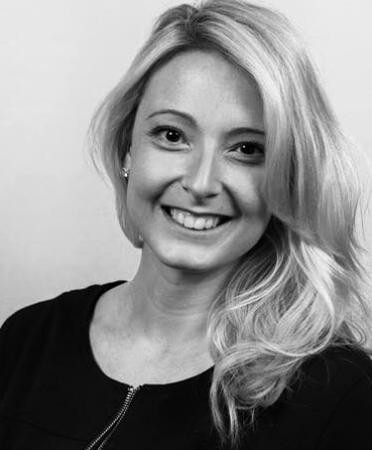