I’ve been waiting for this time of year.  Since a blog is about an opinion, and I spent two years running the AMR Research High Tech practice, I want to share my predictions on how the Gartner 2013 Supply Chain Top 25 will shake out.

Before I dive into my predictions, let’s first look at the voting process. For level setting, the voting is broken into the following:

Remember, if you aren’t on the Fortune 500 or global Forbes 2000, you are not even put in the bucket.  Also, I am ok with eliminating insurance and banking.  Hey, for what the banking industry has done in the past few years, they deserve it.   It also doesn’t help that PNC Bank took 7 months to close on our California house!  But, eliminating IBM and Microsoft because they are too software focused doesn’t seem right - especially with all the digital supply chain opportunities. And, this is coming from an ex Apple guy!

The financial metrics continue to reward the low asset, high turn companies.  Therefore, it’s a tough road for those in aerospace, chemicals and automotive.

So, let’s focus on the voting aspect.  Most of the analyst votes are unavoidably influenced by “soft” factors.  For example, many companies make it a specific goal to be on the Top 25 list and will make a concerted effort to interact with the analysts leading up to voting. By default, the more the analysts know of a given company/supply chain, the better position the analysts are in to gauge their appropriateness for the list. Other “soft” factors include the changeover of analysts, as well as the differing perspectives they bring with them given previous experience. I believe there is a growing contingency of analysts with management consulting backgrounds as opposed to practitioner experience.

At the end of the day, the voting is based on opinions which, of course, will naturally include biases.

The peer voting is also a tough one to measure.  Brand is certainly a huge factor.  That’s why Apple gets a lot of votes, not FoxConn (Hon Hai).  Voting by industry also makes a difference.  If more high tech voters participate, then they are more likely to “know” about their peer’s supply chain.  I also like to watch which companies are attending & presenting at the major supply chain conferences.  Getting the word out at these events seems to correlate to peer voting. 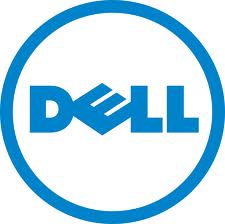 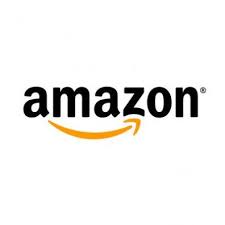 Amazon brings me to my final point.  Supply Chains are now considered part of business success, not just a needed function.  New supply chain skills & techniques: consumer loyalty & trust, high touch service, social commerce, mobility, and predictive analytics, will be required.  Most of these techniques will be delivered via the cloud.  Cloud is an expense item,  not on the COGS, and will greatly impact the Top 25 financial metrics of ROA and Inventory Turns.   Amazon, and supply chains that integrate new business models (like social commerce and online consumer) will be the cutting edge supply chain leaders, and we will need to re-think demand driven vs. ROA/Turns. In the end, the Top 25 Supply Chains is mostly about bringing corporate awareness to the benefits of supply chain.  I’d love to have innovation, agility, collaboration, service and profitability metrics.  Aside from self-reporting, these are not readily available, audited, and comparable across industry.  The best part about the Supply Chain Top 25 list is that supply chain is more than ever being seen as a key part of corporate success.

Abi Mirkhani
- 5月 20, 2013 at 9:06午前
Really bold predictions. I have a little different opinion based on my predictions for peer votes and analyst votes: