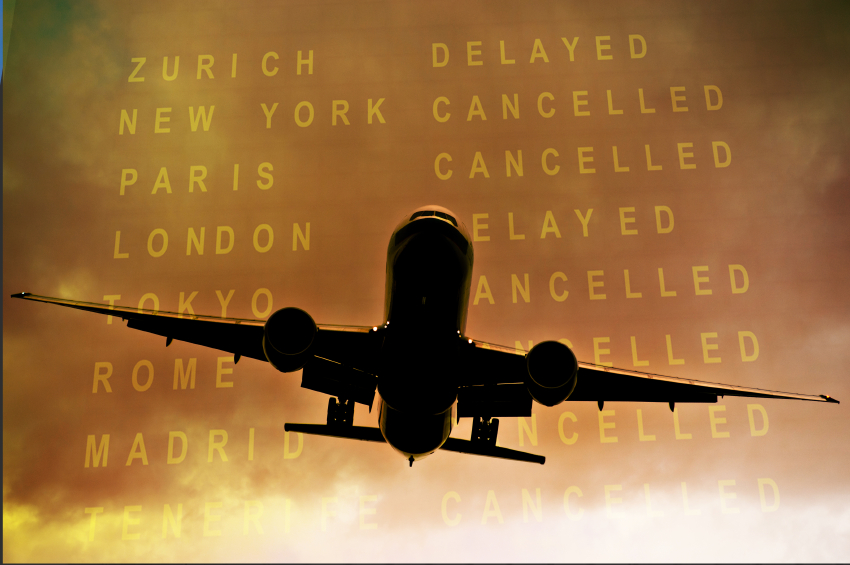 It’s 2016, and data is everywhere. Alphabet Inc., owner of Google, has recently become the world’s most valuable company, in a large part due to its ability to process enormous amounts of data, and convert it into actionable information. They can turn your historical Google searches, location information, emails, and calendar entries into targeted ads, and it generates them an incredible amount of revenue. We, the people, willingly disclose all of this personal data to access their various services free-of-charge, and it becomes a win-win situation for everyone involved. Google’s value was re-emphasized to me just the other day as I returned to Ottawa after a great week of sun and sand on the Florida treasure coast. On my last day in Florida, I woke up to several messages from Google telling me that:

Gee, thanks Google. I haven’t even poured a cup of coffee yet, and already you’re reminding me that my vacation’s over and it’s time to head back to the weather that made me leave Ottawa in the first place! While discouraging, it was also a powerful reminder of how compelling information can be when the right analytical tools are used to process it all and turn it into actionable information. Google had taken all the information it had available, planned the day for me, and given me some tools to help execute that plan. It’s really amazing how data can revolutionize planning! A few hours later, I arrived at the airport (the recommended two hours early thanks to Google’s nagging) and joined a massive line to check my luggage. The queue was filled with people taking three different flights to Halifax, Montreal and Ottawa, scheduled in 60, 65, and 120 minutes respectively. I watched (with a mixture of frustration and amusement) as the airline employees struggled to cope with the backlog by wandering through the crowd and awkwardly pulling people up to the front of the line to try to help the people on the earliest flight first. It was chaos! There were too many people jammed into too small a space and there was no room left to maneuver. Customers on the Montreal flight were frustrated to see people pulled ahead of them when they were also in danger of missing their flight! Ottawa customers felt forgotten. While watching the chaos unfold, Google had another unwelcome message for me. My flight had been delayed by 90 minutes. The airline’s board was still telling us the flight was on time though, so all the Ottawa passengers stayed in line, trying to get through, and holding up people that rightfully had a higher priority. When checking my bags I asked the customer service agent if Google was right, and she reluctantly confirmed it was. They still didn’t update the board though, so the majority of their customers didn’t know. That backlog continued from the check-in counter to the security line, where more airline employees were rushing around trying to pull passengers into the expedite lanes. In fact, the airline waited until the original departure time, with everyone now jammed into the limited seating at the gate, before finally communicating the flight would be delayed. A quick look around and you could see the frustration on customers’ faces that they’d just spent the last hour-and-a-half hurrying, only to be told they’d have to wait at the gate. I found myself wondering why the airline wouldn’t tell people earlier, when they were clearly aware of the issue. They knew our plane was late leaving Ottawa that morning because of the freezing rain, so was going to be 90 minutes late arriving. The only reasoning I can see is so that they would be able to have a faster turn-around time since everyone got to the gate nice and early. While this decision probably did save them a couple minutes during boarding, it gave their customers no chance to re-plan their day. Those who understand supply chain planning know that this approach doesn’t make sense when planning the flow of constrained supply orders, and it makes even less sense when you’re planning the flow of paying customers with human emotions! Maybe customers were stressed while waiting in the security line thinking they were later than they were. Maybe they bought an overpriced pre-made sandwich to bring on the plane instead of having a casual sit-down lunch. Maybe they had a connecting flight in Ottawa and they could have re-planned their route instead of getting stuck at the next airport. Thanks to Google, my family and I had a stress-free and relaxing experience because they provided me with the most accurate information possible, but that didn’t help everyone else! And my airline sure didn’t earn any loyalty by failing to disclose their scheduling challenges. We’re in an age where customers have come to expect real-time information, incredible attention to detail, and optimal planning and execution. Five years ago, I wouldn’t have had a second thought about my airline experience, but today I clearly see it as a backwards and outdated process. Thanks to innovators like Google, Amazon, and Uber, customers are aware now that a better way is possible! Companies slow to adapt will be eaten alive by their competition as their once loyal customers seek better service elsewhere. Imagine what planners failing to share information would do to a manufacturing shop floor. Some orders would be rushed through bottlenecks only to wait on the other side. You might end up with long queues of inventory in limited space, clogging up work spaces. You’d have no opportunity to re-plan or re-purpose components to get other orders out faster and minimize backlogs. Customers would be frustrated to only find out at the last minute that their order won’t arrive on time. You end up wasting an incredible amount of time expediting, instead of accurately planning! Planning is clearly evolving, and before long, it won’t be possible to compete if your supply chain isn’t doing their part to help their customers know sooner and act faster.

I’d love to hear from you. What do you think about the airline’s decision not to disclose their delay? How do you ensure your customers are provided with the most accurate and up-to-date planning information possible? How do you take advantage of big data in your planning processes?

Dave
- 3月 12, 2016 at 8:17午後
Andrew, I really appreciate the posts. You have a knowledge of this space that many do not and you have an incredibly bright future if you don't mind me saying so.
Take care and feel free to give me a call anytime.