Are Universities Training Students for Obsolete Jobs? And Where Does Supply Chain Fit in? 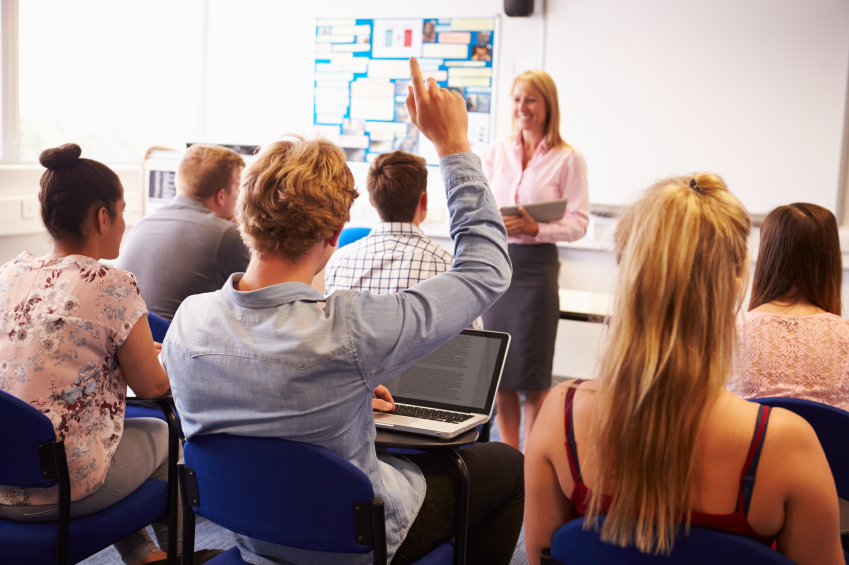 For a few years, economists and technology analysts have been closely watching the increasing automation of the workforce. Analysts have also long-discussed how automated manufacturing has replaced middle-class domestic manufacturing jobs. In recent months, there’s been increased buzz over Google and Uber’s efforts to develop self-driving cars, as well as talk of self-checkout McDonald’s counters. These and other technologies have led analysts and journalists to clamor over predictions that robots will gradually replace truck drivers, retail staff, and other service industry jobs. And now, there are increasing predictions by academics and pundits that, in the coming decades, automation will threaten white-collar professions as well. There’s a proliferation of articles on business websites talking about how financial reporters, legal associates, financial analysts, and online marketers are already under threat of automation, with other, more skill-intensive white collar professions to follow. Scientific American recently reported on a University of Oxford study that estimated that 702 occupations, or a staggering 47% of U.S. workers’ jobs, will be threatened by automation. Economists seem divided about whether existing metrics are sophisticated enough to properly measure the link between technology and job loss. However, there seems to be wide agreement that the impact of automation on a number of fields might be much larger, and arrive much faster, than anticipated. While people have worried for centuries about technology eliminating jobs, and have often underestimated the role of innovation in creating new careers, it’s clear that immense change in the job market is on the horizon. Last week, we read a report that stopped us in our tracks: an Australian non-profit studying education and career prospects for young people in Australia reported that nearly 60% of Australian university students are studying for “dying” careers – or jobs that will be automated during those students’ lifetimes. Wow. As a recruitment agency specializing in a very specific (and often under-reported) area of the job market (Supply Chain Management), we’re always interested in news about the next generation’s talent picture. To us, it’s staggering to read that a high percentage of students are studying for careers that will be no longer performed by humans in the near future. Especially given the fact that universities and the Supply Chain profession aren’t doing quite enough to promote Supply Chain as a career to young people – a career that, for the most part, is well-suited to thrive in the post-automation workforce. It’s true that more transactional Supply Chain related roles (such as Procurement Clerks and Warehouse personnel) are under threat of automation. But strategic, communications and strategy-focused roles are only projected to grow in the coming years as the world continues to globalize. The report out of Australia identified three key changing economic factors that will impact today’s students in the future: automation, globalisation, and collaboration.  A keen understanding of the latter two factors also happens to be what separates the highest-potential junior Supply Chain professionals. As Supply Chain rises in organizational importance and increasingly drives business decisions, the ability to collaborate with internal and external partners, as well as the ability to understand the fast-changing nature of global commerce, is becoming more and more crucial. Which is maybe why the CSCSC is projecting that the sector will add 15,000 jobs a year in Canada going forward, with most of the growth occurring at manager and executive-level jobs. As a recent SCMA article put it, “The best Supply Chain Management jobs don’t even exist yet.”

That’s our take. But what’s your perspective? Where do Supply Chain Professionals stand in the race towards automation? Let us know in the comments!

Michael
- September 26, 2015 at 8:37pm
I think it comes back to what the average individual is thinking about. I know a lot of folks love their products and services but hardly ever dwell on what went into making them a reality. I myself only really learned about the career due to my background in military logistics.
Ginna Chen
- September 27, 2015 at 6:42pm
As a graduating student from the University of Texas in Austin studying Supply Chain Management, this makes me very excited for the future of Operations. I have studied the subject both in Asia and in the U.S., and automation is noticeably working its way into every division of Supply Chain. Supply Chain professionals can definitely use this to their advantage as more emphasis can be allocated to the significance of globalization and collaboration. The rise in automation will also create new challenges that can be tackled with a Supply Chain Management mind.
Regan Lewis
- September 28, 2015 at 1:43am
I believe that automation is both an opportunity AND challenge, one that will be very important to consider as I pursue my career in Supply Chain. How far do we go? I think we often like to take the people out of the problems that we face. We love the rhyme and reason of numbers, and we chase the confidence that they can provide us. However, with automation as an increasing threat to our friends and neighbors, we must consider what is really at stake - the long term livelihood of people. We are walking on very thin ice when we decide that efficiency and profits are greater than the education and skill sets of our people.

I am thankful to have chosen to major in such an interesting, evolving subject. However, with that comes the great responsibility of reasonably supporting the people that we employ all along the value chain. While our brains are capable and excited to consume "big data" in meaningful ways, we must know how to look up from our spreadsheets and analysis and examine how these data-inspired decisions impact the real people behind them.