It is always a pleasure to read Bob Ferrari’s Supply Chain Matters blog. He addressed parts/component shortages, a topic that we are seeing across our customers in a recent post titled, “Parts Shortages Noted in the Mainstream Press- Are you actively educating senior management?” Bob observes that:

The WSJ article, From Snowmobiles to Cellphones, a Scramble for Parts, (paid subscription or preview sign-up may be required) further notes that companies have had to reconfigure offered products due to persistent supply shortages. It notes that shortages of transistors, capacitors and integrated circuits became pronounced in the first quarter, and persist in the second quarter. Telefon AB L.M. Ericsson indicated that shortages cost the company $400-$550 million in sales and delayed shipments, and Royal Phillips Electronics, Polaris Industries Inc. Motorola and Whirlpool are also mentioned as being impacted. Motorola CEO Sanjay Jha  summed it best noting that his company is scrambling in a “constrained environment.” Companies utilizing current hard-to-find components are seeking their own fixes which include offering customers different features or alternative components and/or technologies.

While it is obvious why Ericsson, Philips, and Motorola are affected by electronics component shortages, what is interesting is Bob’s inclusion of Polaris and Whirlpool in the list of companies. The original WSJ article clearly focuses on electronic parts shortages. Polaris makes snowmobiles and ATV’s. Whirlpool makes dishwashers, dryers, etc.  What does this have to do with electronic parts?  Well, a lot actually. I remember working on a project at Volkswagen in Germany in the late 1990’s shortly after they had just come out with the Golf Mark IV.  I don’t remember the exact details but the number of chips in the Golf had gone up from about 5 in the Mark III to about 50 in the Mark IV. Yet the demand that this represented for the chip manufacturer was still relatively low compared when compared to the demand from electronics companies such as Ericsson. The difference in the relationship with the more traditional Volkswagen suppliers, who made mechanical components for the Golf, was profound.  Whereas the chip demand represented a lot less than 10% for the chip manufacturer, often the demand from Volkswagen for the mechanical component suppliers represented well in excess of 30%-40%, sometimes in excess of 75% when factoring in aftermarket sales. Clearly Volkswagen had a great deal more leverage with the mechanical component suppliers. Other industries, such as the white goods industry, will often design different washer or dryer models using virtually the same mechanical components, but use different chips to provide differentiation. Electronic components are everywhere. Delays in component deliveries affect many industries. The original WSJ article contains a graphic showing how the lead time for a common type of transistor has increased from 10 weeks in July 2009 to 20 weeks by February 2010. Initially I set out to try to estimate the effect of electronic component shortages on G20 gross domestic product, but the more I looked into the data, the more it seems that electronic component shortages might already be “old” news. Clearly there is still a lot of caution in the industry and the effects are very real otherwise neither the WSJ nor Bob would have written about component shortages. It is also something we have been hearing from customers and prospects for the past 6-9 months. Yet some really good results over the past four quarters, such as those from Intel, seem to indicate that the situation may be easing. Since the financial results of semiconductor companies are a leading indicator of how other companies are investing in raw materials, it is encouraging to see the upward trend in both revenue and gross margin reported by Intel. But this blog is about component shortages. While Intel has shown better revenue numbers, the increase in the margin would still indicate a shortage situation. Looking at Intel’s inventory numbers indicates that these have been rising sharply too, especially finished goods. 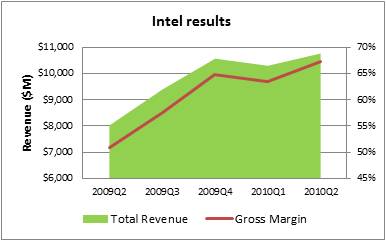 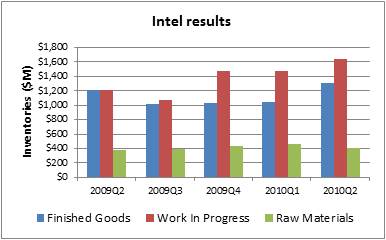 This effect is most pronounced when considering the semiconductor companies in Asia, though a similar pattern is observed in North America, and less so in Europe.

electronic component
- May 17, 2011 at 9:50pm
Electronics component shortages the problem in the global influence