I’ve been going through all the predictions for 2012 by different analysts and bloggers, and while there have been some interesting takes, the one that stands out for me is the one by Vinnie Merchandani titled “The Real Mega-trend in IT. Hint: it’s not social, cloud, Big Data” in which Vinnie writes about “smart’ products. 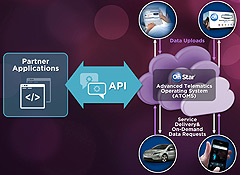 Vinnie mentions the fact that Daimler AG has over 1,000 developers in R&D, and a few hundred IT people supporting their internal enterprise systems such as SAP.  Of course they still have lots of people designing cars, but it is the amount of software that is in a car that is amazing. We are all aware of the more obvious innovations such as OnStar, which is developing into a platform like any other such as iPad or Android, with the recent announcement at CES of a developer community. But it is the stuff ‘under the hood’ that is truly revolutionary, especially for the supply chain.  We are only getting there, but stuff is happening, especially in the industrial world. We are getting ‘smart’ machines that can self-diagnose, determine the corrective action, start a case, determine inventory availability, and schedule a technician to make a physical change when the material is available.  But now that so much software is imbedded in systems, this may require a software patch to be developed and downloaded when available. Of course this is an extension of concepts first described 10-15 years ago when RFID first became available, even as long ago as when bar codes were becoming standard.  But these technologies could only really expand the use of inventory data.  I don’t mean to belittle the value of inventory data.  Far from it since ultimately it is the availability of inventory on a store shelf or in a warehouse that triggers the need for replenishment to satisfy demand.  But ‘smart’ machines go so much further.  In addition, naturally there will be analytic apps that absorb the information coming from many ‘smart’ machines in order to detect trends, for example that a certain mechanical part is failing more frequently or after a certain length of use. Naturally the ‘smart’ machine scenario I paint above is most applicable to the service supply chain, but with the increased technology content in nearly everything that is man-made, the ability for a company to change how their product behaves by simply downloading new software is an incredible change for both the users and manufacturers/designers of the equipment.  I am old enough to remember washing machines and dishwashers that had electro-mechanical controllers for different cycles, and the mechanical systems themselves were often designed specifically for the cycles offered in that model. Now the mechanics are nearly identical, with different cycles being driven by software downloaded onto identical controllers.  I can see the day when we will upgrade our appliances by simply downloading new software, assuming the mechanics hold up and the aesthetics are still acceptable.  But why not have a ‘smart’ skin with selectable color and/or pattern that the user can change at any time? But, while I agree with Vinnie that this is a major trend, at the same time, as illustrated by OnStar recruiting an independent apps development community, ‘smart’ machines should really be viewed as simply another user experience, such as tablets. In fact, I don’t see any reason why a tablet couldn’t be imbedded in a car’s dash, or a dishwasher’s front panel. So in the end I think many of the other trends are still very relevant, especially big data and cloud. But this is ‘structured’ data. The ‘smart’ machines will be programmed to issue clear and consistent instructions. So where does social fit into the mix?  Andrew McAfee wrote an interesting blog in 2010 titled “Did Garry Kasparov Stumble Into a New Business Process Model?” in which he explores the trends of machine intelligence. Machines are very good at doing repetitive things quickly, including ‘smart’ machines. As McAfee notes,

Kasparov notes that computers play chess not by simulating human reasoning, but instead by comparing all possible moves and their consequences — the resulting board positions, subsequently available countermoves, possible counter-countermoves, etc. — until time runs out and a decision is necessary. And time will always run out; there are 10^40 possible legal board positions and 10^120 possible games, so even today's fastest computers can't be exhaustive. But they can be thorough, precise, and consistent. They evaluate lots of options, compare them rigorously, and never ever overlook or forget anything that they've been programmed to take into account 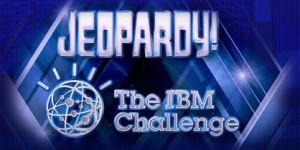 In other words machines, even ‘smart’ machines struggle to deal with nuance and ambiguity, though of course the recent experiment run by IBM in which they pitted Watson against top Jeopardy winners shows that even in this realm computers are beginning to gain ground. However, as stated by Greg Lindsay in his blog titled “How I Beat IBM's Watson at Jeopardy (3 Times!)”, Watson is beatable by competing in areas in which humans excel, namely ambiguity and nuance.

Binary relationships--countries and their capitals, for instance--would be easy for him to figure out, and he would beat me to the buzz every time. So I had to steer him into categories full of what I called "semantic difficulty"--where the clues’ wordplay would trip him up. I would have to out think him.

So I am confident that in supply chains we will forever need human judgment and what computers will bring is primarily speed.  It will be in the exchange of unstructured data and the exploration of nuance and ambiguity that social will play its biggest role within the supply chain. After all, most decisions made between two supply chain partners are about compromise in which there isn’t one right answer, even though that is a view many supply chain vendors have promoted over the years through the use of optimization. In conclusion, I agree with Vinnie that ‘smart’ machines and imbedded apps are big news and a major trend in IT and user experience. But from a supply chain perspective my sense is that ‘smart’ machines will mostly be an additional contributor to big data, which in itself is big news in the supply chain.  But it will be the manner in which we exploit social concepts in the supply chain that will be a real breakthrough because so much of supply chain management is about risk mitigation across a range of possibilities in a very ambiguous world.