Head in the 'cloud' or feet on the ground? 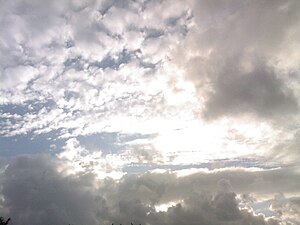 There is an interesting debate taking place amongst the commentators of IT trends and enterprise applications, particularly ERP and supply chain management applications, about the suitability and adoption of cloud or software-as-a-service (SaaS) solution to this space.  This is exemplified by the article from Todd Morrison at SearchSap.com that appeared on Dec 01, ’10 in which contrasts opinions by Liz Herbert of Forrester and Ray Wang, principal analyst and CEO of Constellation Research Group.  This debate is nothing new in that it has been raging since the advent of SaaS some years ago. On the one side Forrester repeats the usual arguments against broad adoption of SaaS for enterprise applications, which, according the article with my emphasis, state that: Organizations can also benefit from the Software as a Service (Saas) products that complement the core SAP applications they’re running, according to Forrester. …  In addition, some organizations are also reluctant to put mission-critical operations, such as supply chain management workloads, into the cloud. Ray Wang, on the other hand is quoted as stating that... what’s holding back the adoption of SAP’s on-demand/SaaS offerings is a “lack of ease of use” and cutting-edge functionality such as offered by Kinaxis and Plex. Liz Herbert’s opinion is these applications… don’t offer the breadth of capabilities that SAP does and that companies are reluctant to deploy software from Plex and Kinaxis because they don’t have the established reputation that SAP does, and certain functions like SCM don’t lend themselves to on-demand applications. There is no doubt that SAP has a much greater market share than Kinaxis, but I challenge anyone to call on our customers to evaluate our ‘established reputation’.  And these customers include the likes of RIM, Flextronics, Lockheed Martin, and Amgen, all of whom use an SAP ERP backbone. And, by the way, they are all very large multi-billion dollar companies with operations around the world.  I state this because the other usual pushback against the adoption of enterprise on-demand solution is that they are fine for the ‘little guys’ but don’t play in the ‘big boys’. Let me also state that while many of our larger customers initially chose an on-premise deployment, many have either converted or are in discussion with us about converting to on-demand.  More significantly, the majority of new customers are choosing to go on-demand.  This trend is also being observed by SAP as announced at their SAP Influencer Summit yesterday.  While I have to agree that Business ByDesign is aimed at small to medium enterprises (so the ‘little guys’, not the big boys’) SAP stated that on-demand inquiries have gone from 1 in 10 last year to 1 in 2 this year. Let me also concede that for many ERP functions the only incentive for putting things in the ‘cloud’ is one of cost effectiveness because many of the core ERP functions do not stretch outside the organizational boundaries.  And yet two of the functional areas that are seeing huge increases in adoption of on-demand solutions are customer relation management (CRM), or sales force automation (SFA), and human capital management (HCM) or human resources management (HRM).  I don’t know what could be more confidential than a company’s sales order pipeline or their employee records, including employee evaluations.  OK, maybe I will concede that the core financials are more confidential. But I do find it interesting that Herbert considers the core ERP capabilities to be most applicable inside the four walls of a company. What surprises me is that she considers supply chain management to be restricted to inside the four walls of a company.  Our observation is that that for most of our customers outsourcing has meant that increasingly little of the supply chain is owned by the companies, especially the brand owners.  If these companies had the myopic view of the supply chain being only that part of the process in which they own the materials or product they wouldn’t need any of the SAP supply chain management suite because they outsource most of their manufacturing, in many cases never touching the product. It is our observation that leading brand owners in high-tech electronics, consumer electronics, aerospace and defense, and life sciences need greater visibility and control of the end-to-end supply chain in order to provide reliable promise dates and to be able to deliver according to the promises made.  As inventories have been squeezed out of the retail and supply chains locations, the need for greater responsiveness and agility has increased enormously.  Ask any electronics manufacturer about the availability of key components over the past 12-18 months and you will hear stories about commodity items that could be purchased with a 2 week lead time as little as 2 years ago that now has 13 week lead times if you can find a supplier.  Given the buy-sell relationship many electronics OEM’s have with component suppliers (in which they buy items from the component suppliers and sell these items to the contract manufacturers) it is clear that they need a lot more visibility into and control over the supply chain than is provided in ERP systems, which is the core reason for their increased interest in on-demand SCM solutions. What about your company?  What sort of ‘cloud’ strategy are they adopting?  What sort of applications will they be most interested in deploying on-demand?