If I had asked people what they wanted, they would have said faster horses (Henry Ford) - Applies to S&OP?

Here is part two of an interview I had with P.J. Jakovljevic from Technology Evaluations Centers (TEC) on sales and operations planning (S&OP). If you missed yesterday's post, check it out. As mentioned yesterday, the entire Q&A along with PJ’s introduction and commentary on Kinaxis can be found here (free registration required). PJ: How important is a maturity model for S&OP? Do companies have to be at the most advanced stages of S&OP to claim to be doing S&OP? TM: An S&OP maturity model is important for companies to understand how their process, people, or technology needs to evolve over time to achieve maximum benefits. The maturity model helps them to identify both goals and gaps. Companies do not have to be at the most advanced stages to claim to be doing S&OP, but I do think there is a floor below which it is difficult to make that claim. PJ: Many analysts are advocating the evolution of S&OP into IBP? Are you a proponent of IBP, per se? Tying the financial plan or measures directly into the process is a key component of IBP—what else distinguishes IBP from S&OP? TM: I see S&OP and IBP as separate topics. One of the greatest fallacies in the industry is that each planning process is unique and isolated, and that each requires a separate tool with a separate data structure, analytics, and user interface (UI). In reality, planning is a continuum, and each stage should be feeding the next and being informed by the previous. It is this continuum of planning that I think of as IBP, which should be supported by a single data model and a single set of analytics. The level of aggregation in the time, product, and geography dimensions as well as the time horizon over which the data is viewed will depend on the process being carried out, but at all times, any changes made at the more aggregate levels during S&OP should be immediately visible to anyone working at a more detailed or tactical level. Similarly, any changes made at the more detailed or tactical level should be aggregated up immediately to the S&OP level. One of the steps in the planning continuum is S&OP (figure 2). So while I empathize with the idea that the inclusion of finance in S&OP magically transforms S&OP into IBP, I think this is too limiting a view of IBP. Why is finance not included in tactical planning too? Why is the tactical demand plan not part of the business planning/budgeting process? 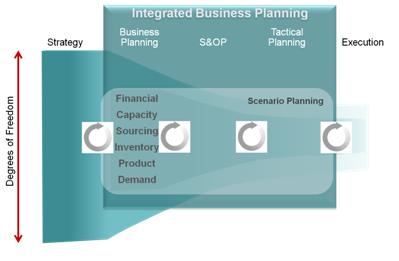 Figure 2. Integrated Business Planning—the Goal PJ: Organizational thinking is often inherently bound by the dimensions of the “box” it is currently in because people don’t question working assumptions strongly enough. Do you believe “process inertia” is a barrier to advancing S&OP processes? TM: I do think ‘process inertia’ is a barrier to advancing S&OP processes. I also challenge the idea put forward by many process consultants that S&OP is 75 percent process, 20 percent people, and 5 percent technology. While change management is of course a critical part of any S&OP deployment, the process that is put into place must make use of the latest technologies, particularly the more mature S&OP processes. But even this statement is false, because if a less mature S&OP process is not designed with the ultimate goal in mind, which requires technology, how will it be executed? Technology will change nothing until we use it for that purpose. Henry Ford captured this very well in his statement ‘If I had asked people what they wanted, they would have said faster horses.’ The automobile, both as a means of transporting the consumer to large retail locations as well and as a means of transporting goods to these large retail locations, has changed the shape of cities dramatically over the past 100 years. Similarly, the Internet is having a dramatic effect on the buying patterns, with some analysts reporting as much as 40 percent of sales by revenue over the last Christmas season being carried out over the Internet. It is time for planning processes, particularly S&OP, because of its inherent collaborative nature to drive consensus and compromise, as well as to adapt to new technologies. I believe the arrival of the Millennials to the labor market will drive the adoption of more collaborative technologies, particularly concepts from the social networking world, into the corporate world, particularly for S&OP. Stay tuned for part three tomorrow!