Is the “shared economy” changing logistics? 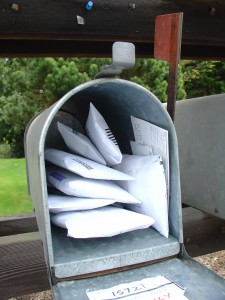 Did you know it costs approximately $100 to send an envelope from Ottawa, Ontario, Canada, to Caracas, Venezuela? That’s for three to five day service! New York to London? That will cost you $50 to $100, but it’ll get there overnight. Of course, we’re not only paying to get that envelope from point A to point B, but for a certain level of service as well. What if you don’t require the highest level of service, but still want to avoid the nightmares of dealing with national snail mail companies? (To be fair, Canada has had its share of mail nightmares in the past). A popular subject in several expat Facebook groups is checking to see who’s planning on flying back to their origin country, and whether those individuals would mind taking along a little extra cargo. I’ve been part of a few of these groups. It usually starts with someone asking for it as a favor, but some, particularly if it’s something bigger than an envelope, offer to pitch in a few bucks to help cover the checked baggage fees. In a way, travelers are informally monetizing what we might call their unused capacity. Upon arrival, they’re usually met by the intended recipient at the airport, or occasionally will agree to meet at more central location, or even relay the package to a local courier to complete the shipment. So, when I read about Roadie, a startup whose business model is about providing a platform to enable people to monetize their otherwise wasted capacity in the trunk of their cars, I had one of those “about time!” moments. Granted, it’s not the budget-friendly cross-border air shipping service I dream about for my occasional need to send documents overseas, but I hope it might pave the way for it. I can think of several hurdles a service like this will need to overcome, but then I think about how we’ve come to an age where people seem to have little to no issues allowing strangers to stay in their homes, catch a ride with them, or even rent out their own vehicles, all for a fee. Then there are those who opt to work part-time for a car service. Roadie isn’t the first one to attempt such an idea. I found another, now defunct company, called Hitchpack.com, but hey, you don’t always have to be the first to succeed. In a way, I see this as another chapter in the so called “shared economy” story, which I see as a technology-leveraged new way to outsource non-core activities. Think about it, this shared economy provides the user with access to cheap capacity (one that would otherwise be wasted), cheaper labor (as people involved usually only do it part-time), less regulatory burden, and greater flexibility. The user is offered all of these with little to no initial investment, on either equipment or training. The downside, on the other hand, won’t be significantly different from the risks associated with the “usual” outsourcing: lack of managerial control, substandard quality/poor customer experience, bad publicity, hidden costs, etc. Yet from what I’ve seen in other “shared economy” trends, as the concept gets proven and matures, more serious participants start leveraging the tools and customer base. I’ve seen it in online auction sites. I’ve seen it in ride sharing sites where instead of riding with an occasional commuter, you get a guy with a van who is driving back and forth daily for a living. In the end, this could very well end up bursting, but, nonetheless, I still find it exciting news, at least while we wait for the self-driven trucks.

What do you think of the “shared economy”? Are there ways it could benefit, or endanger, your supply chain?