Making Connections at Kinexions – Our customers say it all – Part 3

A couple of weeks ago we had a user and prospect conference in Tokyo, which I was fortunate enough to attend and present at. I covered the North American conference in two previous blogs – Part 1 and Part 2.

I was surprised when I worked out that it had been 10 years since I was last in Japan. I was supposed to speak at our user conference in 2011, but it was just a few weeks after the tsunami, so we cancelled the conference. What surprised me is that the after effects of the tsunami did not come up at all in discussions. Of course there are many cultural and social reasons why the after effects may not have come up. And, looking back on my time there, I have to admit that I did not ask our customers and prospects about the effects of the 2011 tsunami on their business. What I did notice is that the economy does seem to have picked up after many years of stagnant growth. Notice the huge dip in 2011, the year of the tsunami, which is surpassed only by the dip in 2009. According to data from the World Bank, Japan's average growth rate since 1990 is only 1.14%.

This diagram does not tell the full story. Growth in industrial production, which used to be the heart of the Japanese growth, has been largely negative since 1990. According to the World Bank, manufacturing as a percent of GDP has dropped by 7% since 1990 to 18.6% in 2012. That is a big drop, but things seem to be looking up. Clearly the automotive and industrial machinery sector is the largest, with consumer electronics a somewhat distant second. 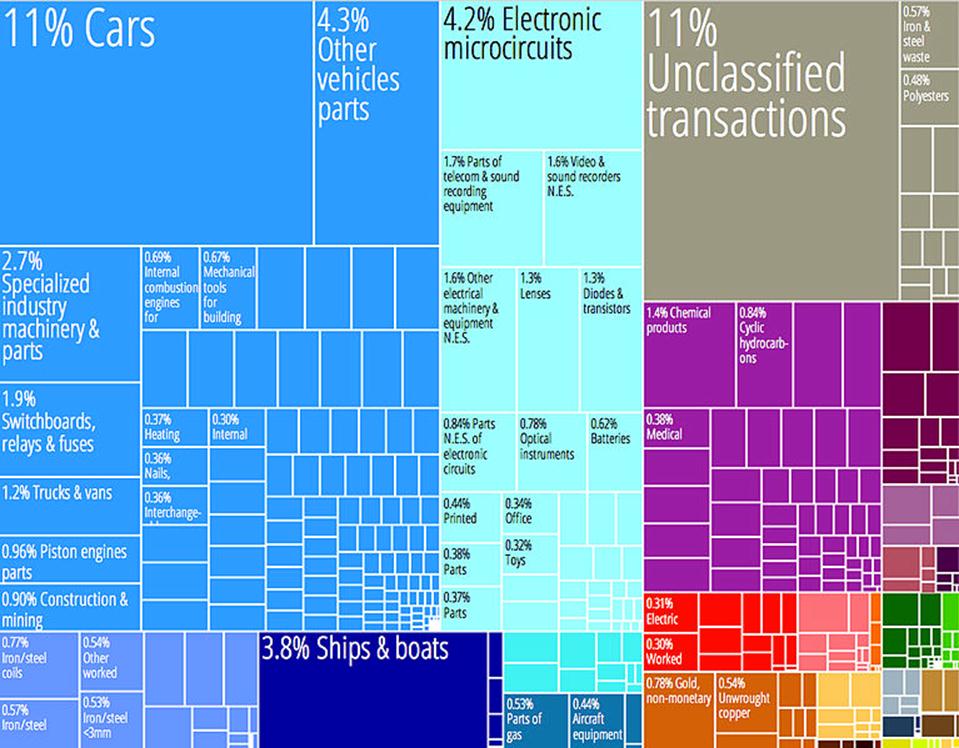 This brings me to a fantastic customer story by Konica Minolta, which has been growing about 4.5% since 2010 with net profit margin averaging nearly 25%. Clearly this is a very nice performance given the recent drop in global presence of the Japanese consumer electronics industry. While their inventories have been quite flat for the past 3 years, they have been able to reduce inventories by over 35% since 2000, while growing largely outside of Japan. This is not an easy feat. But it is their future ambitions that really caught my attention. They have been using Kinaxis for Sales and Operations Planning (or SIOP as it is called in Japan). Their plan is to expand into essentially Integrated Business Planning (IBP), in which they will be generating a rolling budgeting forecast. Of course there is a lot more that goes into budgeting, but there are few companies I know that are driving a bottoms-up revenue forecast from Operations. Usually the revenue number is a top-down mandate from the executives. I am under no illusion that Konica Minolta's executive will still provide a top-down target for revenue and other financial and operational metrics, but what is interesting to me is that they will have bottoms-up numbers which they can use to compare and rationalize the top-down targets. Of course Konica Minolta will also generate the tactical plan with Kinaxis too. As they stated in their presentation, a volume or aggregate only S&OP plan is not sufficient. While the volume plan may capture the revenue with sufficient accuracy, it is only at the mix or detailed level where the problems can be identified and the true costs calculated. Without the ability to navigate seamlessly between a volume and mix plan, all you are left with in the S&OP cycle is essentially a consolidated forecast. Even in their current S&OP deployment they gave a great example of needing to model everything at the daily level in order to get accurate time bucket consolidation across countries/regions (which use different calendars) and functions (which require different levels of aggregation). They had been planning in weekly buckets and struggling to get accurate conversions from weeks into months, quarters, and years. And vice versa, when they wanted to make changes at a more aggregate level. By deploying Kinaxis they increased the data size 7 fold (weeks to days) and saw calculation times go from many hours in their previous solution to minutes with Kinaxis, all while being able to support seamless transitions between volume and mix planning. The Konica Minolta team asked me to talk to them about best practice S&OP in the US. I didn't have much to tell them. Instead I asked them if I could talk about what they are doing to customers and prospects in the US. It really is a great story.