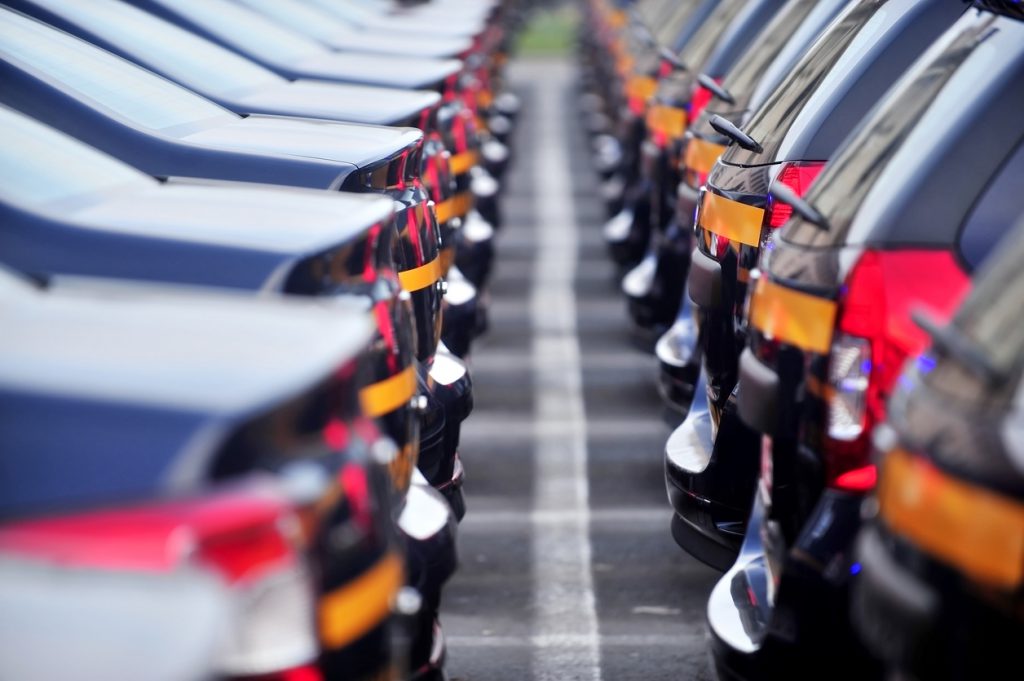 Last week, Toyota and Mazda signed an agreement to enter a business and capital alliance to further strength their partnership. The outcome is expected to either significantly impact an existing automotive supplier network or prompt manufacturers and suppliers to move or begin operations. Specifically, the companies agreed to establish a joint-venture plant which produces vehicles in the U.S., jointly develop technologies for electric vehicles, jointly develop connected-car technology, collaborate on advanced safety technologies, and expand complementary products. As might be expected, it’s news of the joint-venture plant that is attracting attention, especially since the companies announced the plant would have an estimated annual production capacity of approximately 300,000 units, will require a total investment of approximately 1.6 billion U.S. dollars, and will create up to 4,000 jobs. At the new plant, Mazda expects to produce cross-over models which Mazda will introduce to the North American market, and Toyota plans to produce the Corolla for the North American market. By producing vehicles in the U.S., Mazda aims to build a production structure to further grow in North America, allowing the company to more quickly respond to its customers’ needs depending on the region and model. By further increasing its production capacity in the U.S., Toyota will be better positioned to respond to the growing North American market. The Wall Street Journal reports that at least 11 states are in talks to land the manufacturing plant. Besides Texas—Toyota’s new North American headquarters—other states on the companies’ shortlist are Alabama, Florida, Kentucky, Illinois, Indiana, Iowa, Michigan, Mississippi, North Carolina and South Carolina, WSJ reported, citing unnamed sources familiar with the potential investment. Those sources also said the manufacturing facility would require at least 1,000 acres of land. Some auto industry analysts believe Mississippi may have an edge because it’s already home to a Toyota Corolla factory which has been producing the compact car for almost six years. Locating the plant near Toyota’s existing manufacturing site would enable the two companies to source parts from companies nearby that supply components for Corolla production. What’s more, a head-start on a supplier network would be particularly attractive for Mazda, which doesn’t have a U.S. plant. “We do have supply lines in the U.S. that are pretty extensive, particularly for the Corolla,” Scott Vazin, a Toyota spokesman, says in an article on Bloomberg. “We hope these supply lines can be used for this new entity, because there are clearly some efficiencies in it.” Needless to say, other states’ governments are very interested in the possibility of gaining the plant. For instance, Kentucky Governor Matt Bevin told a group of automotive suppliers and industry officials gathered in Lexington on Monday that the state will pursue the proposed factory and mentioned a 1,550-acre site in Glendale, Ky., as a prime location, a USA Today article reports. The [South Carolina] Post and Courier reports that the Toyota-Mazda partnership may very well make its plant-location decision based on labor force and government incentives, which were key factors in recent decisions by Mercedes-Benz Vans and Volvo Cars to build manufacturing plants in the Charleston region. In addition to Volvo and Mercedes-Benz Vans, each of which are building $500 million manufacturing campuses, South Carolina is home to the world’s largest BMW manufacturing site, the article continues. The state’s automotive industry includes more than 400 suppliers and other companies which employ about 66,000 people. One would think that locating a new plant near an existing facility may be the most appropriate decision, especially if there is an opportunity to leverage a pre-existing supplier network, along with a labor force and government incentives. Then again, there is always risk in location-sourcing decisions, such as whether the skilled labor pool is large enough to support continued growth and whether suppliers can accommodate a demand for increased capacity. What are your thoughts on location decisions, and in particular, the potential impact on existing supplier networks? What supply chain risks do you see?

Joe Cannata
- August 11, 2017 at 3:13pm
There are other factors to consider in location-sourcing decisions for new plants. Considerations should be given to accessibility to major transportation hubs or routes, as well as risks with severe weather history, seismic activity history, political stability, labor stability and regional economics. Now, in locating a new plant near an existing facility, one would assume those risks were evaluated in the decision to build the first plant. However, any disaster that might hit an existing location could also consume both facilities. I'm mainly pointing out the factors that should be evaluated in building a new primary plant.
Martha Margret
- August 12, 2017 at 5:37am
From my point of view the plant must not be closed to each other. There are many risk factors in doing that.
JimFulcher
- August 14, 2017 at 2:45pm
Joe, thanks for posting. I agree with all you wrote. As you note, any risks could impact not only both plants but those of nearby suppliers as well. Look at what happened in Japan a few years ago with the earthquake and resulting tsunami, and the impact was felt across the entire supply chain. That said, do all the advantages outweigh potential risk?