Although there may be no such thing as a perfect forecast, there are plenty of opportunities for improvement and managing demand in support of a more cost-effective supply response. Better collaboration between trading partners is the necessary next step toward waste elimination in the value chain. Maximizing value from the supply chain won't be reached without improved collaboration between trading partners.

In fact, Mike identifies the lack of collaboration between trading partners as the primary cause of demand volatility. (I agree that the lack of demand visibility increases demand volatility, but there are other industry dynamics that are increasing demand variability.)  Of course, visibility and collaboration are the key messages behind The Beer Game (or beer distribution game) which was originally invented in the 1960s by Jay Forrester at MIT as a result of his work on system dynamics to illustrate the bull-whip effect.  Absolutely critical to a smoother functioning supply chain is demand visibility across the entire supply chain.  Of course visibility isn’t a very mature form of collaboration, but it is at least a start and a necessary precursor to more mature forms of collaboration. And let’s be honest, after 50 years we still haven’t really got to effective demand visibility, although there have been improvements.  To get some estimate of how well your company is performing in this regard you can take the Gartner Demand-Driven Value Network (DDVN) maturity self-assessment.(Registration or Gartner membership required.) 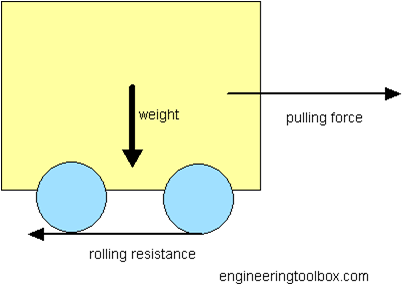 But it isn’t just so-called Easy-West collaboration between customers and suppliers that is required.  I would be happy to start with the so-called North-South collaboration between strategic and financial plans, usually the focal area of the executive suite and Finance, and operational plans. Some analysts and commentators have called this integrated business planning, which also dates in concept from the 1960’s. I’d even settle for East-West collaboration between demand and supply functions within one organization, including Gartner’s stage 4 Sales & Operations Planning (S&OP) maturity. There is no inter-company process that is a better measure of collaboration than S&OP done well.  According to Jane Barrett of Gartner, most companies are stuck in stage 2 maturity.  This is largely due to the inertia and resistance to change so prevalent in many companies. But how is it that 50 years on from Jay Forrester’s work we are still struggling with this issue? My opinion is expressed in a blog titled “Do you trust yourself to collaborate? The real barrier to collaboration is not technology, but trust”.  Let’s face it, technology can always be improved, especially the user experience. But the capabilities of the technology available for inter-company and intra-company collaboration exceeds the willingness of organizations to share information at the moment.  As Mike Burkett points out, huge gains can be achieved by collaboration, so why don’t companies try to capture these benefits?  My opinion is that the issue is the same that is preventing them moving from stage 2 to stage 3 S&OP process maturity, namely that they simply want to automate their existing manual processes and don’t realize that effective collaboration requires both new ways of working and supporting technology capabilities.  Nothing captures this better than a Henry Ford quote that “If I had asked my customers what they wanted, they would have said faster horses.”  There is a strong synergy, even symbiosis, between technology and process.  In a great slide show titled “What if Peter Drucker taught Enterprise 2.0?”, Mark Fidelman states that

Neither technology nor people determines the other, but each shapes the other.

But let us recognize that the financial and operational risks of collaboration are tangible and can be high.  There is a good series on collaboration in the Harvard Business Review.  The one I like best dates from June 7, 2011 and is titled “Collaboration is risky.  Now get on with it.”  The author, Whitney Johnson, writes that

Why is teamwork so difficult? Because collaboration is actually a pretty risky business. Perhaps, like me, you are generally of the mindset that two heads are better than one. But because your ideas frequently get co-opted, there's a risk-reward imbalance that makes you reluctant to engage. Or maybe you've reached out to a potential collaborator only to have your lack of expertise exploited. So, rather than ever again experiencing the one-two punch of ignorance and vulnerability, you'd prefer to soldier on alone. In both instances, the fundamental barrier to collaboration is a lack of trust.

While writing about individuals within a group, clearly Whitney’s observations and opinions are very applicable to collaboration between functions and organizations.  Her prescription is to

Sound advice.  Yet so difficult to put into practice.  The comments section is well worth a read too, including links to some interesting materials. Mike Burkett concludes his First Things Monday contribution with the observation that

By closing gaps between partner nodes in the supply chain, there's an opportunity to address the unnecessary waste across the value chain.

These are the hard benefits of supply chain collaboration.  They are real and they are achievable.  Yes, the risks are real, but the rewards are equally real.

Tony E. Madison
- June 22, 2011 at 2:54pm
I do not understand the trust issue; it is the equivalent of a group of friends having a casual conversation with each other. Do you trust the person in the next cubicle, it is not like you knew them before you arrived at the office that first day. By the end of your first quarter you will go out and have a drink with that person.
What is not being mentioned is ethics, you can never be sure that any of your closes friends do not have a secret. Surely if someone is leaving your company to go to another organization, does he disregard all that he may have learned. How much did he bring with him, can you allow him to go to a competitor. What choice do you have, the exact knowledge you call sacred is what adds value to that person when he leaves the organization.
Every company even with in the same industry does not operate exactly the same, are we assuming that because we are sharing some purchasing information that someone else is going to interpret it exactly as we would. Do we even consider the fact that our people are unique and have the skills and the training to operate in our environment.
Supply chain is not just a process it is a management style and a company culture. I would have to believe that my people stay out front because they are just better and execute better. In football every quarterback can read a blitz that is part of his duties as the quarterback. The teams that win usually have other people on the field that also read the blitz and because of the chemistry do exactly what the quarterback expects.
You will always have your huddle information and what is said are usually the changes that keep you out in front of your competition. We live in a rapidly changing world, if I give you the plan from last week you are at least a week behind maybe more. I would expect my people to keep it that way.
I feel certain that if everyone has a trust issue, even if you know what I am doing, you will not duplicate because you will want to keep my secret to yourself.
Trevor Miles
- June 24, 2011 at 10:33am
Hi Tony

I agree with both the specifics and sentiment of your comment.

But I have a question. It seems that I am advocating collaboration between competitors. Rather, I would ask the question: if your outsourced contract manufacturer was part of your company whether you would share more information with them than you currently do? If you would, what is the consequence to your overall supply chain effectiveness and efficiency by not sharing this information with your CM?

There are many documenrted studies of the real financial and operational benefits obtained by suppliers having not only sell-in but sell-through demand information, and of course inventory at the customer's sites. We can substitute sell-through with planned work orders that consume components and arrive at the same benefits.

My opinion is that the benefits of collaboration outweigh the risks that you mention. There is little long term value to a weekly forecast so people leaving your organization have far more valuable information to take with them.