I have been in the advanced planning and scheduling (APS) space since 1995 when I joined i2 Technologies in Europe. Before that I was in management consulting doing what would be called supply chain design or reengineering today. While MRP and S&OP were defined as early as the 1980s, these provided rough cut analysis at the aggregate level, nowhere near the level of detail that is possible today. The diagram below by Oliver Wight, with some enhancements by me, captures the progression of capabilities since the 1970s. My enhancements were to add the underlying technology and company information at the bottom which gives some context. 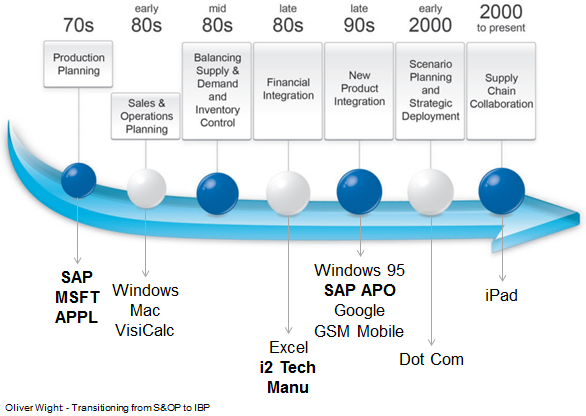 The key point is that I have spent a lot of my working life focused on the value generated by more advanced planning solutions. It has been with some shock, therefore, that over the past few months I have come across a number of prospects, partners, and analysts that question whether any real value has been generated by all the investments in technology over the past 25 years. I have come to the conclusion that this needs some further analysis, which I won’t be able to complete in a single blog. Let me start with the confusion between planning and execution. I was on a call last week with a large company in the food and beverage space that has spent $100s of millions, and many years, on an ERP deployment. And of course during the deployment their organizational structure has changed and they have gone through some M&A activity in that time. Needless to say they have a continued multi-year deployment of the supply chain planning system provided by the ERP vendor. And they are still a long way from complete from deploying the ERP modules let alone the supply chain planning modules. Now they want to deploy an S&OP process. They have piloted the process in Excel and know that they need an enterprise level solution for a global roll-out of S&OP. The issue is that none of their IT investments in the last 10 years have moved the needle on operational metrics such as inventory levels, case fill rates, and other operational metrics. Their words. As a consequence they are looking for tangible evidence of value before progressing with a global deployment. 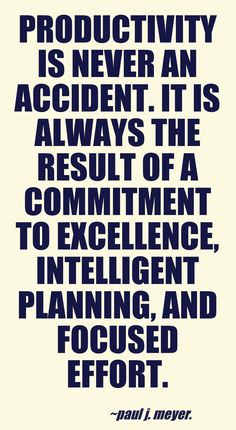 About a week before that I was at dinner with Mo Hajibashi of Accenture. Mo has been around this space about as long as I have and has seen all the changes. We were reminiscing about the trade exchanges that were so much part of the discussion in the late 1990s. Of course these largely went the same way as the rest of the dot com bubble. But Mo went on to say that many companies have struggled to quantify value from their investments in supply chain systems. We were there to discuss other topics so we did not dig too deep into his statement, but it stuck, and came roaring back when I was in discussion with the company I mention above. In July, Lora Cecere of Supply Chain Insights kicked this all off with a blog on the Forbes web site titled “My Quest to Know …” in which she seemed to question the value of IT in driving value in corporate performance. She states that

As technologies evolved over the course of the last decade, there was a promise that investments in software like Enterprise Resource Planning (ERP), Supply Chain Planning (SCP) or Business Intelligence (BI) would improve corporate performance. I was a research analyst in the throes of this movement, writing article after article on how IT projects will drive corporate performance improvements. I believed it. I was a prolific writer and a committed disciple. I thought it would transform organizational capabilities.

While Lora and my paths are different, our trajectories are the same. I studied Industrial Engineering and Operations Research focusing on Optimization Theory. I lost faith in optimization early when I realized that the uncertainty in our knowledge of true capacity, yield, lead times, and hundreds of other variables drowned out the promise of optimization. And that is assuming that we have a good handle on demand, which we don’t. However, I still believe in the promise of greater productivity through replacement of slow and manual processes with fast and agile digital processes. In other words, while I didn’t dispute Lora’s findings, I was puzzled by her conclusions of supply chain planning systems. She seemed to be saying that benefits have not been realized from deploying planning systems, which didn’t fit my understanding of her position. When I asked Lora about her blog she replied that:

Supply chain planning, while over-hyped, and under-delivered by many technology vendors and consultants, adds value. The companies that achieve the highest levels of performance, and balance, in corporate performance make the design of their networks and their planning processes a priority. It does not happen overnight, and does require the right fit of technology to drive greater potential. The factors are the right data model, a frequency of planning that reflects the rhythms and cycles of the supply chain, and the right level of granularity of the modeling. The best planning systems are implemented carefully based on conference room pilots and focus on modeling the business. As a result, the best implementations are usually not the fastest. The market has been scarred by two issues: the bad behavior of the best-of-breed solutions in the first generation of solutions, and the lack of depth of the extended ERP solutions. As a result, there currently a gap between what companies want and what they have. However, excellence in corporate planning matters. The concepts improve the potential of the organization to deliver higher levels of balance sheet performance. The greatest value today usually comes from a best-of-breed solution that is implemented by the same best of breed provider. The over-hyped promises of extended ERP implemented by large system integrators as advertised on signs in airports has not driven the levels of value that the best-of-breed solutions have.

Perhaps we have been looking at the benefits of  supply chain planning systems too narrowly. There have been additional benefits, and Lora points to two of them, namely our ability to absorb supply chain complexity – Lora refers to product complexity – and become a lot more efficient as measured by revenue per employee. I consider these huge gains. How could Apple have grown like it did both in terms of product and market expansion without greater efficiency and the ability to coordinate the flow of materials throughout the world? How could Procter & Gamble have expanded into the emerging markets without forming a number of regional planning hubs?  (Please note that I am using company examples which are not Kinaxis customers deliberately so that I cannot be accused of bias.) Planning systems do improve supply chain performance when coupled with process and organizational change.  Did anyone see that wonderful spoof in which a daughter gives her elderly father an iPad who then uses it as a cutting board? This is Lora’s point. Lora is running the Supply Chain Insights Global Summit next week in Phoenix, and one of the agenda items is about the Supply Chain Index she has been working on. Unfortunately I cannot be there. I’d really like to be in the session that discusses the supply chain index Lora is developing. 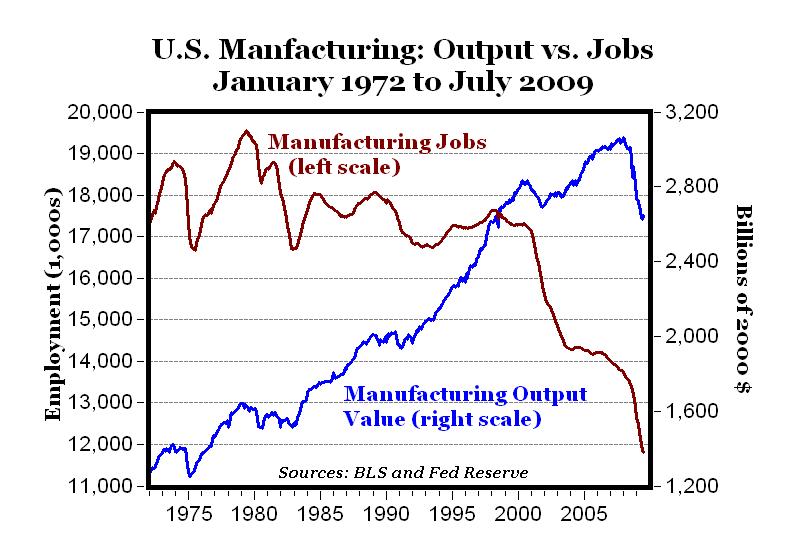 As I have stated already, the real question is what would have been the cost of running these massive supply chains without the IT investments? While we might have exhausted the benefits to be gained from large ERP deployments, I am not at all convinced that we have got even close to 50% of the efficiency gains we can achieve with new solutions based more on consensus building and collaboration than on optimization. I am one of those gray-haired men Lora’s refers to in her blog, but I am also a ‘digital native’, something that cannot be said about most of my contemporaries, who are typically ‘digital immigrants’ at best. Yet my contemporaries are the ones making large decisions about organizational structures, processes, and solutions that are rooted in mental models developed and perfected in the 1970s and 1980s. And far too many of the analysts and management consultants continue to position these mental models as best practice. They are not; They are yesterday’s practice.

But let us step back from my polemic and look at the data. Of course it is impossible to separate out the investment in planning systems from robotics and other technology investments.  But we can look at the ‘digital revolution’ as a whole and make some pretty broad assumptions and correlations with planning systems. First of all this isn’t a recent topic. As early as 1990 Erik Brynjolfsson of MIT published an article titled “The Productivity Paradox of Information Technology: Review and Assessment” in which he cites even earlier analysis of the topic. Erik states that:

The relationship between information technology (IT) and productivity is widely discussed but little understood. Delivered computing-power in the US economy has increased by more than two orders of magnitude since 1970 (figure 1) yet productivity, especially in the service sector, seems to have stagnated (figure 2). Given the enormous promise of IT to usher in "the biggest technological revolution men have known" (Snow, 1966), disillusionment and even frustration with the technology is increasingly evident in statements like "No, computers do not boost productivity, at least not most of the time" (Economist, 1990). 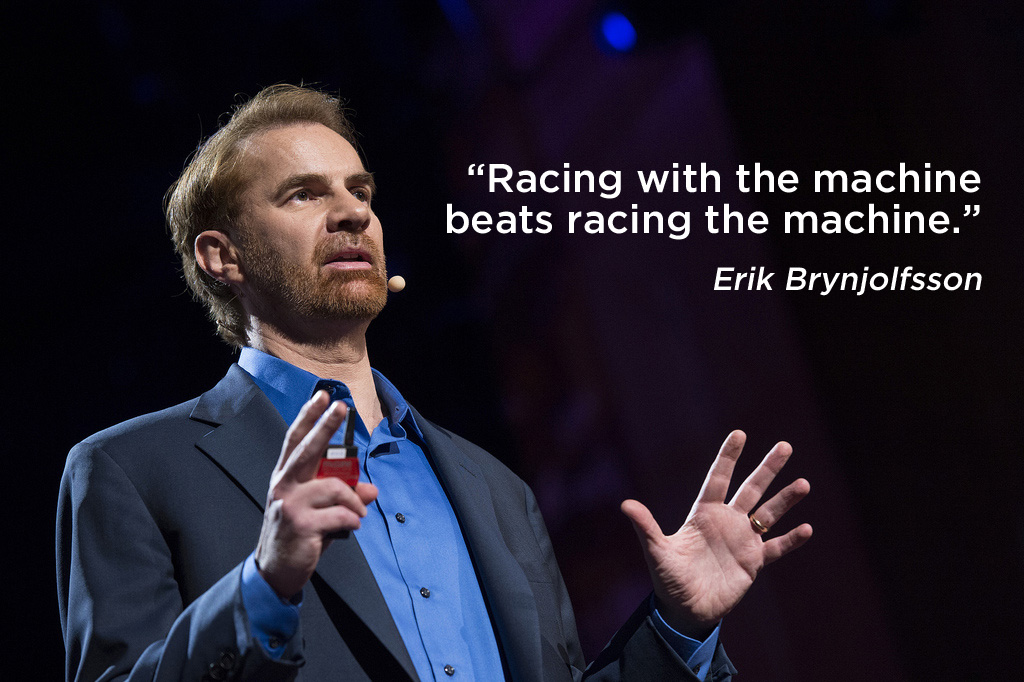 However, in a subsequent article published in 2003 and titled “Computing Productivity: Firm-Level Evidence” Erik states that

In the paper “Computers, Obsolescence, and Productivity” published by the Federal Reserve Board in 2000, the author, Karl Whelan, states that:

Real business expenditures on computing equipment grew an average of 44% per year over 1992-98 as plunging computer prices allowed firms to take advantage of ever more powerful hardware and, consequently, the ability to use increasingly sophisticated software. These developments have helped improve the efficiency of many core business functions such as quality control, communications, and inventory management, and, in the case of the Internet, have facilitated new ways of doing business. They have also coincided with an improved productivity performance for the U.S. economy: Private business output per hour grew 2.2 percent per year over the period 1996-98, a rate of advance not seen late into an expansion since the 1960s.

This is enough evidence for me. At the same time I have no doubt there has been extensive over promising and under delivering, and bungled deployments. Do we really want to go back to typing letters and mailing them to customers and suppliers? Do we really want to use a manual planning board to plan the purchase of components and assembly of a tablet that occurs in multiple continents across many organizational boundaries?  I am highlighting where many of the productivity gains have already been realized. It is going to require a new generation of ‘digital natives’ in senior positions making decisions about organizational structure, processes, and supporting technology before we realize the full potential of IT investments. And the benefits we have realized so far are enough to justify continued investment.

Do we have a any data showing the impact on profitability of a properly implemented S&OP process?