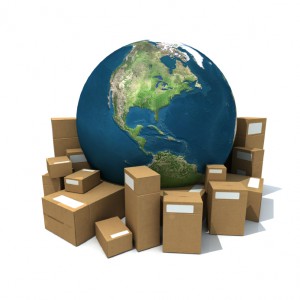 In part one of this blog series, I noted the changes, or lack thereof, to Gartner’s list of the Top 25 Supply Chains. After realizing little has changed, with the exception of creating a new “Masters” category, which doesn’t really fix anything in the rankings, I had two important thoughts and an epiphany. Amazon’s #1 Position makes me think of two things: Where in the world is Google? Amazon is a software company that built expertise around services and distribution. That distribution model is fantastic for getting fast delivery. In the same light, I would advocate FedEx, UPS and DHL be in at least the Top 50 ranks. Google is an internet company. Sure, they are known as a search engine, maps, communications, advertising, and services company. However, the key message from Gartner this year was the “digital” aspect of supply chains. We tend to think of a traditional hardware company adding digital to its product and supply chain. However, let’s take direction from Guy Kawasaki (the Keynote speaker at the conference), and “Jump to the Next Curve”. What about a digital company that adds hardware? Google is adding cars, glasses, mobile, tablets, and even contact lens. And I believe Google should be added to the list. Put Apple (and P&G) back in the Top 25 This isn’t because I used to work at Apple. I get it. People are tired of seeing Apple there every year. But, the problem isn’t fixed. As I said in my May 2014 blog, where I predicted Amazon to be #1, Amazon has done everything great, except pull a profit. There’s been a lot spending on assets these past few years at Amazon. And soon that asset spending will be seen in their significant revenue growth. They’ve already finished in the top five, five years in a row, even with 0.0% ROA in 2015! My bet is that Amazon will be #1 for 2016 and 2017 (and then placed in the Masters category). Yet, the problem that left Apple at #1 for seven years, and potentially place Amazon at #1 for three years, will not have been fixed. Which leads me to my epiphany! What Apple did for eight years, and now Amazon has done for five years in supply chain is SPEED. They exhibit speed in three core areas: Agility in demand/supply, Adapting to change, and Aligning the interests of partners. All three with incredible speed. People say Apple has been #1 for seven straight year because of the enticement of the products. I beg to differ. Apple is #1 because they figured out and mastered SPEED. They used China to enable speed that the U.S. could not deliver. This speed allowed them to change the iPhone screen from plastic to glass in the last six weeks before launch. The Chinese facility where Apple builds iPhones employs 230k people. Of the U.S. cities, only 83 have a population larger than that iPhone facility! Apple can get Foxconn to hire 3000 people overnight. Something that would take a U.S. company 9+ months to do. Foxconn hired 8700 Industrial Engineers in 15 days. That is SPEED, especially in agility, adaptability and alignment. However, with global consumer demand, new products, and competition, Apple will be hard pressed to leverage this speed, and will need to innovate its supply chain yet again. Amazon has figured out this SPEED. Same day delivery with drones! That’s speed. Kiva Systems to pick and pack orders. That’s speed. Both Apple and Amazon can balance demand and supply with great agility. They also can quickly adapt their supply chain when the model changes. And, both are great at aligning (some would say leveraging) their partners to enable exponentially better SPEED.

Going forward, I, personally, would love to see how Apple, Amazon, Google, as well as the traditional product companies building digital supply chains, battle it out in the coming years. Do you agree that speed will play an important factor?

Javier Tordable
- June 07, 2015 at 4:57pm
Thank for thinking about Google, CJ. Maybe we will see the company up there in the rankings in the future. I also think that speed is important, but not nearly as much as scale and efficiency.