The selected image "GenX.bmp" is invalid.

What’s behind the renewed interest in Sales and Operations Planning (S&OP)?

There seems to be a battle raging between the old guard of process consultants who state that S&OP is a process that requires minimal technology and those that state that S&OP has evolved to the point that more mature or sophisticated S&OP cannot be achieved without technology.  The truth of the matter is both are correct, but the process advocates are in a shrinking market.  Their market is end-of-life.  Let me explain why. At the 2010 AMR/Gartner supply chain conference in Phoenix this past week, there was a lot of debate about the reason that S&OP has gained so much attention over the past few years, even though it has been around for 20-30 years.  Most people point to the recent economic turmoil as the tipping point.  Personally I think this is too simplistic and relegates S&OP to a fad.  I believe there are 2 deeper causes: Outsourcing coupled with the arrival of the Millenials in the work force.  Though different these causes are closely related.  Outsourcing is the business driver, while the arrival of the Millennials is about the removal of traditional barriers and therefore increased adoption. Many of the companies that I consider to be on the leading edge of S&OP maturity are mostly in high-tech and are heavily outsourced.  Their focus has shifted from asset utilization, principally of production capacity, to one of financial and operational performance across a distributed supply chain network.  Their role has become one of coordination, dare I say of management, rather than execution.  Of course S&OP has a big role to play in companies that are still vertically integrated, but their ability to command and control is greater and their need to sweat the assets is also greater, and therefore their incentive to adopt a more advanced form of S&OP is less. One of the often quoted barriers to the adoption of S&OP is the cross-functional cooperation and collaboration that is required.  This is why process consultants state that S&OP is a process first and technology is a very distant second.  Yet AMR cites the lack of adoption of technology as the primary reason that companies get stuck with immature S&OP processes, and much of the technology is focussed on collaborating across organization and functions to establish consensus demand and supply plans. The arrival of the Millennials (or Generation Y) – born between 1977 and 1998 – in the work force is leading to a much greater adoption of social media in the work force.  Of course these generational groupings are not exact and the so-called Generation X – born between 1965 and 1976 – has also shown a great adoption of social media/networking, and are currently one of the fastest growing groups on Facebook. “Generation X and The Millennials: What You Need to Know About Mentoring the New Generations”, by Diane Thielfoldt and Devon Scheef, August 2004 I am referring here more to an attitude rather than to a particular technology, such as social networks embodied by Facebook and LinkedIn.  We have not yet seen wide adoption of these technologies for trade across organizational and functional boundaries.  The rapid adoption of Microsoft SharePoint indicates pent up demand for sharing of information within companies, though the most common form of sharing information across organizational boundaries is still email or EDI. According to the Harvard Business Review,

“(Millennials) need to work in a social environment, often one that would appear to some of us as chaotic. This means, however, that they are very good at working in teams. They are good at multi-tasking, understand how to employ technology productively, and as a result can often produce good work at what appears to be the last minute.”

Much of the process consultants’ message is about overcoming the barriers of a silo’ed organization, principally those of sharing information between people/organizations with competing objectives.  This is especially true in an outsourced environment, but even in large multi-nationals with 10,000’s of employees.   The Millennials are very versed at the use of technology to do exactly that and have far less sense of privacy of information, both of which aid in the access to and availability of information.  And they are accustomed to doing this at arm’s length through technology, not face-to-face with someone with whom they have a pre-existing relationship.  Again, I am not talking about particular technologies, but rather the attitude toward sharing information with virtual strangers and the use of technology to do this. How do these causes of a greater interest in S&OP come together? Angel Mendez of Cisco made the comment a few years ago at the AMR conference that Cisco has over 20,000 people in their supply chain, only 2,000 of which work for Cisco.  In other words, Cisco is heavily outsourced.  Let’s face it most of the 20,000 that don’t work for Cisco are changing frequently, do not work in the same time zone, and very likely don’t speak the same language. The ability to find the right person with whom to communicate, negotiate, and reach a compromise is crucial to an effective S&OP process. If you think it is tough to get communication going between sales and production, try doing it between a distribution partner and a contract manufacturer.  Yet we have the opportunity to do so by learning from the Millennials’ use of technology to find and to communicate with strangers. Of course we can still continue to communicate via phone, fax, or email. But a far more effective manner of communicating and collaborating is to do so through systems that emulate the best aspects of social media while providing a security framework to validate the credentials and access rights of the person.  One of the most important aspects to be emulated is “self-declared” interest.  Let the user decide what data they wish to “follow”, what changes in information constitute an alert, and what data to change to evaluate a scenario.  However, because S&OP is carried out in a business context, an audit trail must be kept of all changes made, including the information people are watching and the alerts they have created. None of these requirements would exist if it wasn’t for the pervasive outsourcing and off-shoring that has taken place over the past 20 years.  Outsourcing has created an environment in which the OEM role in the supply chain is principally one of coordination.  They capture demand, ensure that there is adequate supply, schedule the introduction of new products, and commission new capacity.  (Companies that have their own manufacturing need to do this too, of course, which is why S&OP is not limited to the companies that have outsourced.)  Off-shoring means that lead times have been extended and, because of the cost of shipping less than full containers, more “lumpy”.  Communication channels have also become extended and less transparent because of different time zones, languages, competing objectives, etc. What do you think is behind the renewed interest in S&OP? Is it only a fad based upon the current economic turmoil?  Will the Millennials make as much of a difference to the manner in which companies communicate?

Trevor Miles
- June 20, 2010 at 4:17am
This blog has generated some lively discussion on LinkedIn. This is one of the comments.

"S&OP is an amazingly simple concept - consistent, effective communication so everyone is working toward the same goal with the same numbers. An effective S&OP cycle allows everyone to know what's going on, focus on exceptions, and get beyond short-term finger-pointing.

Like any other process it can be enhance by technology, but it is not ABOUT the technology. S&OP is all about people coming together with an ability to discuss facts and results, make plans, then respond effectively when the world intrudes."

My blog is not ABOUT technology. It is about business drivers and attitude or approach. Let us assume we agree regarding the business driver. Which leaves my point about Millennials.

Henry Ford once said "If I had asked people what they wanted, they would have said faster horses.” What I find very interesting about this quote is that Ford's customers clearly understood the benefits of greater speed, but could only envisage achieving it using existing "technology". Ford himself could not envisage flight, though I am sure he would have understood the benefits.

This is what the Millennials and GenX bring to the table. They know how to communicate across organizational and functional boundaries far more effectively than does my generation. Millennials also bring with them technology for communicating differently. I am old enough to remember the arrival of FAX's in the mid-1980's. And email in the late 1980's. And cell phones in the early 1990's. Jusging by the young adults in my family, email is now "old hat". The mere fact that the discussionw as taking place in LinkedIn is testament to this too.

As stated int he comment, a great deal of S&OP is about the following, all of which are greatly enhanced by technology, if not imposible to achieve without technology:
- "to know what's going on"
- "focus on exceptions"
- "to discuss facts and results"
- "make plans"
- "respond effectively when the world intrudes"

I agree S&OP "is not ABOUT the technology", but I sure would hate to go back to sending hand-written letters by pony-express.

More importantly, let us think about how we could use the Millennials attitudes and approaches - and technologies - to carry out S&OP more quickly and more effectively. Let us not only think of "faster horses". 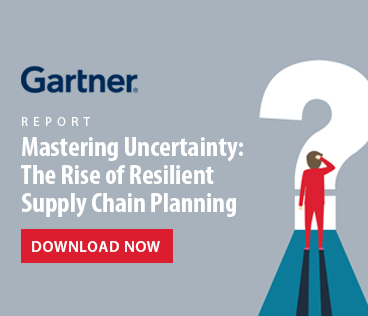 Recently, Kinaxis announced the successful acquisition of Rubikloud, an emerging and disruptive provider of artificial intelligence and machine learning (AI/ML) solutions that automate supply chain prescriptive analytics and decision-making in the retail and consumer packaged goods (CPG) industries. Using AI/ML to generate better demand forecasts is one of the key solutions provided by Rubikloud. In this blog, I want to share some of my... 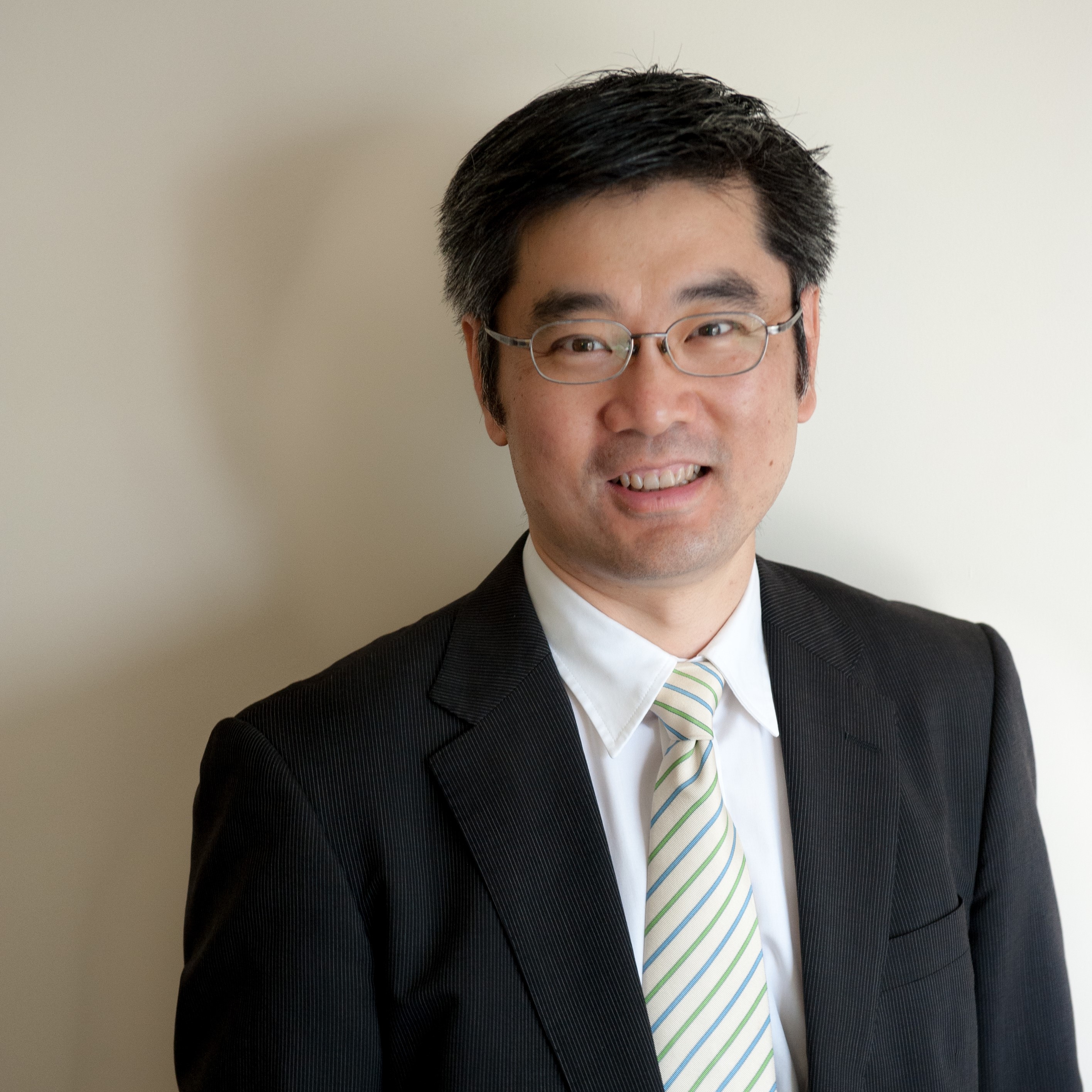 Supply planning in the age of volatility is no joke