Are you helping women “jump the rung” in their career development?

“You can tell there are more women at the event this year because we have to wait in line for the bathroom during the breaks!”

Usually a light-hearted, tongue-in-cheek observation greeted with laughter by others in the queue, it’s a comment I’ve heard a few times at supply chain events over the last couple of years. And while it is meant to be a bit of a joke, it’s also very much a poignant indicator of how the winds of change are blowing through the supply chain profession.

For the last few years the spotlight has very much been focused on the fact that, quite simply, there aren’t enough women in supply chain – particularly at senior leadership levels. 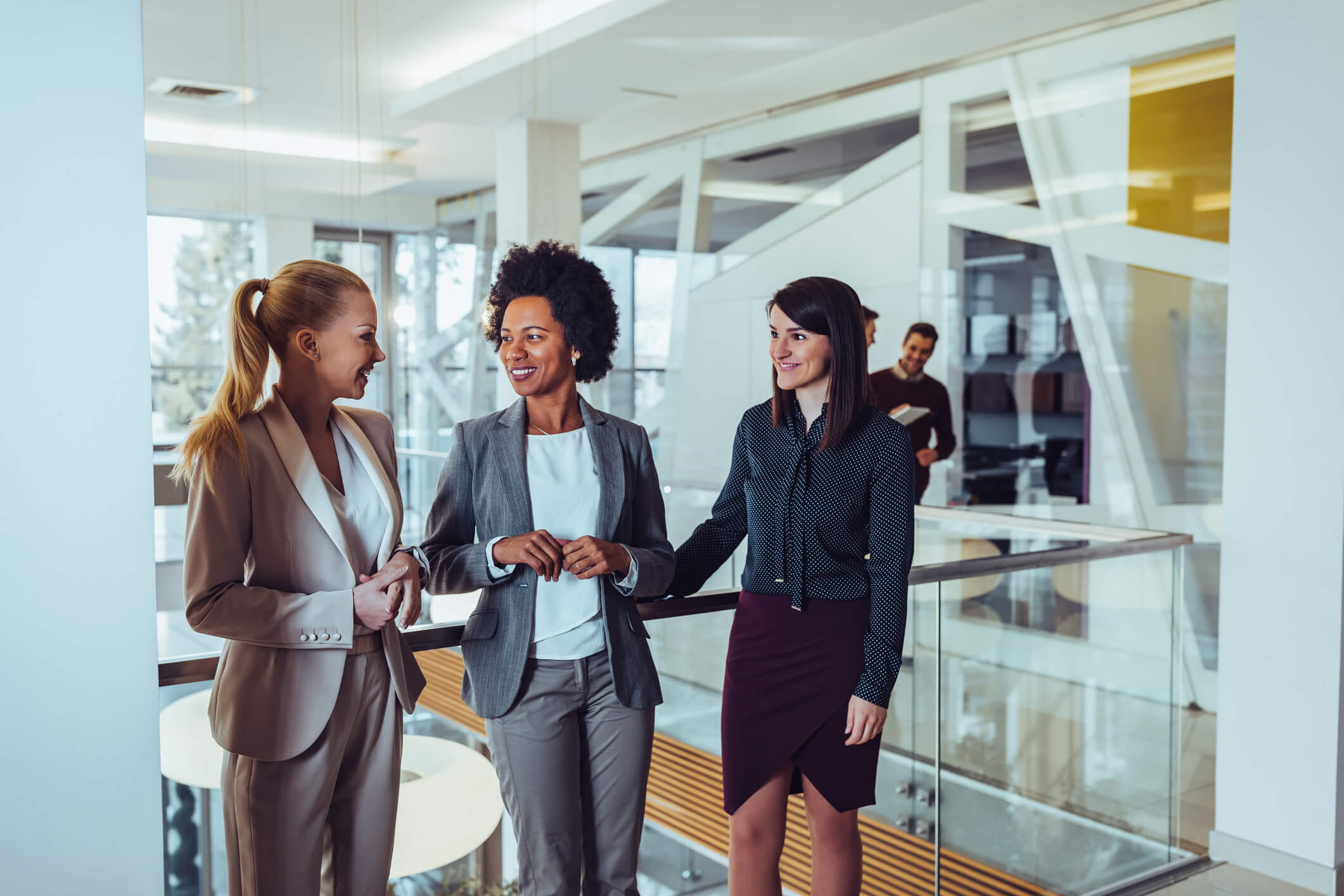 The data tells us that the problem no longer appears to be at the start of the pipeline. Looking at the global stats for university students in general, in 2019 women outnumbered men 52% to 48% - a trend that began in developed economies some thirty years ago. This ratio remains largely true if we look at degree courses focused on supply chain subjects – the number of women often equals and, in some cases, even outnumbers that of their male peers.

But if we look a little further along the pipeline, the story starts to look a little different. Last year’s Women in Supply Chain survey carried out by Gartner and AWESOME (a US-based organisation focused on advancing women’s supply chain leadership) tells us that by the time we get to first line manager / supervisor roles, men already outnumber women two to one. With a gradually shrinking pool of talent to choose from, the percentage of women at senior director/VP level decreases to 28%, before plunging down to 11% at the most senior echelons of leadership.

One of the biggest problems I hear again and again from a variety of different companies is that we have a leakage problem. The challenge is that there’s no obvious single answer to the question “why is this happening”? So not surprisingly, there is no obvious single solution.

The glass ceiling or the broken rung?

And as it turns out, the issue isn’t unique to the supply chain profession. A study released in 2019 by McKinsey painted a similar picture at the top of the pipeline, followed by an ever-shrinking pool of female employees the higher up the hierarchy you look (although the picture from the C-suite is far rosier, with 22% female representation at the top table).

For many years we’ve heard tell of the so-called “glass ceiling” – an invisible barrier preventing women breaking through to share a level playing field with men at those most senior levels. The McKinsey study sets out to shatter the myth of the glass ceiling, placing the blame instead squarely onto another equally visually metaphor: a broken rung in the ladder.

But the broken rung in the hierarchical ladder isn’t at the top; it’s much lower down at the first step up to manager. For every 100 men promoted and hired to manager, only 72 women are promoted and hired, the McKinsey study says. Given this early “broken rung” effect, it’s no surprise then that there’s then a downward spiral of female promotions as the pool of future female leaders becomes increasingly sparse.

The good news is that the spotlight on this issue has been a catalyst for many companies to do something about it. Indeed, for the first time since the Gartner/AWESOME study started some five years ago, there’s been a noticeable jump up in the number of women at VP/Senior Director level (from 20% in 2018 to 28% in 2019).

A study from benchmarking firm HR DataHub indicates that development programmes and succession planning rank high amongst the most effective things companies can do to increase prospects for women in business. For the supply chain profession specifically, this is reinforced by results from the Gartner/AWESOME survey, namely that integrated pipeline planning (a comprehensive and joined-up approach to development, performance management, rewards and recognition, mentoring and succession planning etc.) is the one action the survey recommends companies should put at the top of their priority list.

The obvious reason for this is that there’s a clear correlation between the current uptick in the number of organisations that report they’ve established focused initiatives and the increase in more senior female supply chain professionals.

This is fantastic! It’s great to see these changes at the VP level. But what about earlier in the pipeline? Could we be doing more?

The McKinsey study suggests that we can. And the answer, they recommend, is to place much more focus on initiatives to develop future talent beneath that broken rung. Before the leak starts to happen.

At boom! we’ve created a community primarily for women who are currently “beneath the rung” or are standing precariously on it. We’re also honoured to be joined by those women who’ve successfully made the leap forward and are now more than happy to pay it forward to younger generations by sharing their experiences.

By providing footsteps to follow in through very personal interviews with inspirational women who have already trodden the path to senior leadership and sharing resources and tools to help younger supply chain professionals thrive in their careers, boom! aims not only to help individual women reach new levels in their career trajectories, but also to provide a virtuous circle that will raise the tide for all.

I’ll be the first to admit that it’s not the complete answer. But it’s our way to help women stay focused on their goals, thrive in their careers and jump that rung. If, as a company and as business leaders, you can fix that darned rung and help lift women up, that’s even better.

Bring on the queues at the bathroom! Beth Morgan is founder of boom!, the global community for women working in supply chain who want to reach full potential in their professional lives in harmony with their personal lives. Founded in 2019, the boom! community has over 300 members from 22 countries.
Membership of the community provides access to content and resources designed to help enable the advancement and acceleration of the role and careers of women in the supply chain industry through inspiration and learning, as well as connection with female peers around the world.

The boom! community is guided by an Executive Advisory Board of influential supply chain and business operations leaders from Burberry, GE Appliances (a Haier company), The Hershey Company, Merck & Co, Inc., Microsoft, Mondelēz International, New Balance, Schneider Electric and Unilever. A complementary Community Advisory Board of active boom! members represents and advocates for the boom! community. This includes professionals from companies including Amazon, Canadian Tire, Colgate-Palmolive, Cummins and Henkel.

More information is available at boom!