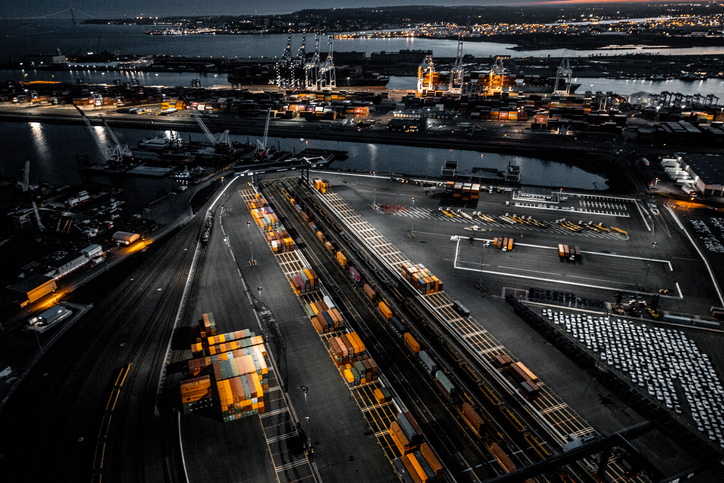 When the supply chain “breaks,” everybody notices! I had never heard a major country leader, neither president, premier, nor prime minister utter the words “supply chain” before this past March. That leaders felt it necessary to talk about the supply chain would, it seemed to me, generally be a bad thing. In the past, I have noted that as a “support” function, the supply chain is generally ignored by leaders and only called out when it fails do its jobs with acceptable levels of performance.

Every consumer on the planet has been the beneficiary of a proficient supply chain, even if only a small percentage of them ever took the time to recognize and appreciate it for what it does. That is, until the supply chain stops working and all the flaws – and shelves – are laid bare. There is little question that major disruptions, like COVID-19, quickly expose weaknesses and shortcomings in the supply chain. A rising tide may lift all boats, but a falling one wreaks havoc on those companies that are not nimble enough to avoid the exposed rocks.

The state of the supply chain before the pandemic

Back in late 2019, IDC undertook a study sponsored by Kinaxis to explore the state of the supply chain, with a focus on supply chain planning specifically. It was a large study, perhaps the largest of its kind, across regions, industries, company sizes and roles within those companies. We asked a broad-ranging set of questions about supply chain competence, priorities, the deployment of enabling technologies and prospects for the future.

In many ways, the results from that study are proving to be quite prescient. One major finding showed that while companies are confident in the ability of their supply chain to be a source of competitive advantage in the here and now, they are much less confident in its ability to continue to be a differentiator into the future. This was true across almost all the industries surveyed. In the consumer products industry, for example, almost 75% of companies felt that their supply chain was a differentiator today. By 2023, only about 40% of those same companies felt the same way.

Taken as a snapshot in time, circa late 2019, the supply chain was generally quite good at doing what it was asked to do. Global sourcing generally worked well by providing cheap ingredients and components, and keeping inventory levels (and associated working capital levels) at historical lows as a result of just-in-time manufacturing. Distribution and fulfillment had benefited enormously from a boon in distributed data availability and available technologies. Yet, there were rocks lurking under the mirror-flat water's surface.

People who live and study the supply chain understood that global complexity had created significant visibility issues, particularly into multi-tier suppliers, and the lack of buffer inventories meant that the supply chain was less flexible and more vulnerable to unexpected disruption. Indeed, it was these kinds of shortcomings that made supply chain professionals in the study take pause when considering the ability for the supply chain, as currently constituted, to continue to be that source of competitive advantage. Of course, nobody expected those shortcomings to be exposed quite so quickly or quite so dramatically.

While some have been extolling the virtues of visibility and resiliency for years, most supply chains had settled into a complacency born of stability and predictability. It’s only when there is a major disruption – perhaps a physical one as we are all experiencing now or a business model disruption where a company changes the way a market works – that such complacency becomes a problem.

We now see this playing out across industries and across regions. Automotive parts factories closed in China with a corresponding effect on U.S. carmakers because you cannot make an automobile with 95% of the necessary parts. Just-in-time manufacturing meant that a disruption in required parts quickly shuttered the factories that made the finished product because they quickly ran out of inventory. It already appears that companies with the ability to quickly assess what was happening – and had crisis response planning and execution teams pre-established with clear roles and responsibilities – were able to respond far faster than their competitors who lacked those things.

In times of disruption, the ability to quickly recognize, plan and then act can be the difference between surviving and dying. I wonder how many of the companies that said their supply chain was a source of competitive advantage in late 2019 would be quite so sanguine today.