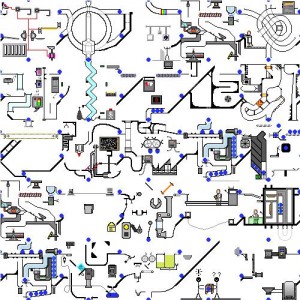 At the annual Gartner Supply Chain Conference (which used to be the AMR Research Supply Chain Conference) Jane Barrett introduced the term VUCA – Volatility, Uncertainty, Complexity, and Ambiguity As I stated in a blog after the conference, far too much effort is spent on figuring out how to remove VUCA from supply chains, how to suppress it.  At the time I wrote that people should embrace volatility. So I was very pleased when four months later the Harvard Business Review headlined the September issue with “Embracing Complexity,” another of the elements of VUCA. While the articles were definitely interesting, there were several lively debates in the Comments section.  What struck me in the comments was the polarization between those that believe one can pull apart a system in order understand it and then use this knowledge to reduce the complexity and thereby dampen the volatility. On the other hand there are those that believe that most system are too complex to understand completely, that the whole is a lot more than the sum of the parts.  I fall more into the latter group than the former. What fascinates me is that this same duality of ‘simplicity’ and ‘complexity’ plays itself out in supply chain management between those that believe if we could only create the perfect plan all would be OK, and those, like me, who believe the perfect plan is not achievable so you had best focus on what Hau Lee calls the “Triple-A” supply chain – Agile, Aligned, Adaptable.  But I don’t fall into the group that believe planning is “useless, ” but if we accept that we all have limited budgets, too much of that budget is focused on creating the perfect plan and too little of the budget is focused on developing the skills and capabilities to respond very quickly to real demand. It is only the very rich or the very stupid that do not plan for retirement. But life has interceded to bring us not one, but two major down turns in the stock market in three years.  What do we do now?  Understanding how we recover is not a simple 1+1=2 equation.  It is a lot more complex than that. This is true too of most decisions made by companies, not only in their supply chains, but their operations as a whole.  What we need is some way to test alternatives – "what-if's" – and evaluate the best course of action based on input from multiple people that allows me to balance hard facts with subjective option. This is the essence of embracing complexity. There is no “easy” button because there is no linear relationship between action and result, cause and effect.  Before anyone discounts my views, let’s have a look at some points from the HBR articles. 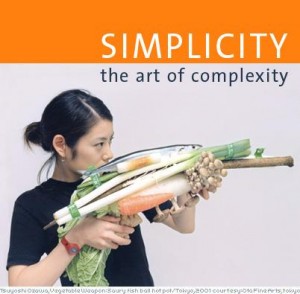 appropriately.  In fact they sate that Instead of extrapolating from irrelevant medians, look for modeling that will give you insight into the system and the ways in which the various elements interact. They go on to state one needs three types of predictive information in order to strike a happy medium between excessive and convoluted scenarios about what might happen and over-simplistic linear predictions that are over reliant on past knowledge:

My take on all of this – and I would be very interested in your opinion – is that the three articles together are suggesting that there are some ways in which complexity can be harnessed through simplicity.  Notice that I did not use the term simplification.  All too often we fall into the trap of simplification or linearization, meaning that the model we use to understand the system does not incorporate many of the subtleties that can lead to very different behavior for similar – but not the same – inputs. Examples of simplification are “predict customer behavior on the basis of average response” and “outliers are often more interesting than the average case”. Simplicity is about developing a culture of exploration and providing a capability to evaluate alternatives in an off-line manner before executing on them.  As stated in “Smart Rules: Six Way to Get People to Solve Problems Without You”: "Companies clearly need a better way to manage complexity. In our work with clients and in our research, we believe, we’ve found a different and far more effective approach. It does not involve attempting to impose formal guidelines and processes on frontline employees; rather, it entails creating an environment in which employees can work with one another to develop creative solutions to complex challenges. This approach leads to organizations that ably address numerous fluid and contradictory requirements without structural and procedural complicatedness." Amen to that.