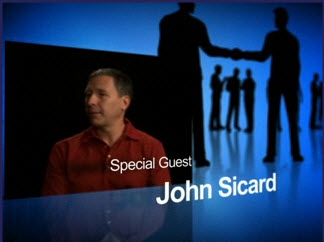 Bill Seliger
- March 31, 2012 at 4:25pm
Great thoughts in John's SupplyChainBrain video. Clearly organizations that only plan and stick their plan, or spend lots of money or disappoint customers when they have to deviate from plan, are not going to thrive. As supply chain managers we must constantly be driving to improve both visibility and agility (improved visibility and agility reduces the need for highly accurate planning).