Observations from a trip around the world - Part 2: Are we ready for the China 'tsunami'?

I am fascinated by the social and cultural changes taking place throughout the world, driven largely by the emergence of the so-called BRIC countries, and hastened by the predominantly Western recession in 2008. I used to love the fact that only certain products were available only in certain countries and regions. When I write 'used to' I don't mean that I now no longer love this, but rather that the distinctions and uniqueness’s are no longer available. We can buy Nutella in Canada now, no need for my kids to visit my in-laws in Germany to get one of their favorite bread spreads. I was boarding a plane in Frankfurt to fly to the UK, surrounded by a bunch of kids from the Culham European School, about which I know nothing. But while boarding, some of the boys were making the usual boorish comments English people reserve for German. Nothing unusual in that except four of the boys then swapped into French, and with French accents to boot, while just a second before they were talking English with middle class English accents. It turns out that they are French, attending a school near Oxford. Well, when last have you heard a French person speaking English with an English accent?  I think the French accent is something to cherish and to enjoy. I love the differences that make up cultures, warts and all.  I much regret the homogenization of cultures. But times, they are a-changing. Having struggled for a week with, and been embarrassed by, my non-existent Mandarin, I am happy to report that I did see the future at the Shanghai airport while checking in for my flight to Frankfurt. Next to me was a 25-30 year-old German speaking in what I can only assume to be fluent Mandarin. I wish I could report that he was speaking Mandarin with a German accent, but I regret to say that I could not tell.  He was the first Westerner I had come across in my week in China who did not speak Mandarin like I speak French: With more hope than expectation of being understood. This reminded me of a guy I worked with in the mid-1990's who now has a pretty fancy title with SAP in China. Nice guy, but not one that would have been chosen to be very successful in his yearbook. Turns out that he studied Mandarin at university in the early 1990's. I wish I had his foresight, and that I had not underestimated him.

During the two day conference in Shanghai there was only one presentation in Mandarin; the rest were all in English. Based upon the simultaneous translation, it was a fantastic presentation by Haier. I couldn't understand the slides since they were in Chinese script, but wish I could have at least got the basics. According to OneSource Haier’s revenue in 2010 was about $14B, and likely to become the largest white goods manufacturer in the world in 2011 in terms of revenue.  They are already the largest in terms of units shipped. I had at least heard of them. One of my colleagues had not even heard of them. My point isn't to pick on my colleague's lack of knowledge, but rather to point out that in general there is a woeful lack of knowledge in the West of what is truly happening in China. A few weeks ago, we had a visit from a friend who is a bigwig in the music industry and travels frequently to China looking for Classical talent. His opinion is that if items cost as much in China as they do in the West there would be much greater parity between China's GDP and that of the US. He thinks China is already the world's defacto leading economy and that we in the West are simply uninformed or have our heads in the sand. After this trip, I agree, even though the World Bank numbers indicate otherwise. 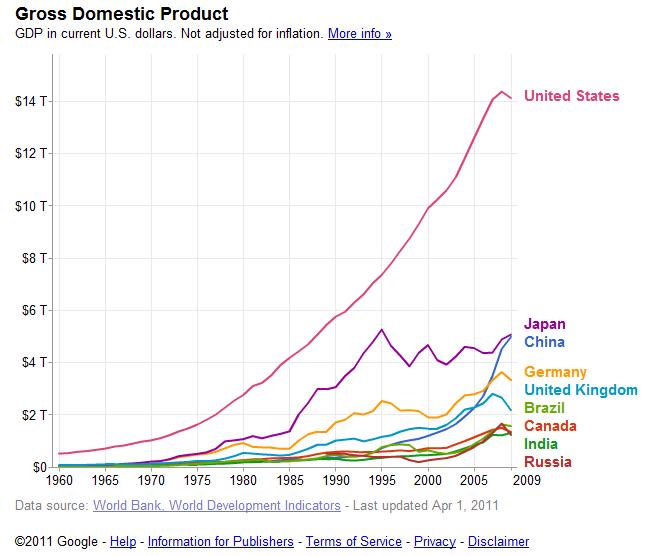 What is interesting in my friend’s statement and consistent with the Haier story is the emergence of China as a market, not just some place where nearly everything in the West is produced. Many companies, like Haier, are building brands little known in the West. There was also a presentation by Siemens, the giant German engineering company, on how much they have not only shifted manufacturing to China, but how much R&D they are doing in China, and how big a market China is for Siemens. What I see emerging is brands headquartered in the West with the majority of their sales, R&D, and operations in China. How long will it be before the HQ is deemed to be out of touch and moves to China? I picked up Vinnie Merchandani's book "The New Polymath" before I started on my journey. I wouldn't put it into the same category as Tom Friedman's "The World is Flat", perhaps only because "The World is Flat" came first, but also because Vinnie is actually writing about something else than the emergence of the BRIC countries. But there are some fascinating sections on the manner in which competition from China and India is going to change how Western companies will do business. No, I don't mean securing business as Siemens and other western companies did in the 2000's through bribery but rather how they will need to win and deliver business through superior execution. He writes about how a factory in China, with living quarters for the workers above the factory floor, was designed in less than a week and how the contractor submitted a quote for construction in less than 24 hours. I am sure many readers will immediately smirk about safety standards and quality of build. Perhaps some of that's warranted, but it also misses the point about the speed of business, and the associated costs. No Western company I know of could compete in the design and build business at this speed. We can question government regulation and oversight as much as we want, the reality is that this is the speed and flexibility required to do business in this area. Thankfully, Chinese software companies will likely have more business in China than they know what to do with for the next 10 years, giving us in the West some time to adapt. But as I reflect on my trip I cannot but wonder about the software companies in China and India about which I know nothing, and whose products may already be competitive with products from the West. Have you heard on the ERP system called Kingdee? Look it up. Some months ago I was interviewed by our Marketing team. One of the questions was what advice would I give to young people entering the supply chain market, to which I replied "Go East young man". I'd like to revise that to "Go East young man. Go NOW." I am not naive enough to think a week-long trip to China makes me an expert. There are real political, environmental, cultural, and economic issues that must be addressed in China. A Western education is still a prized possession in China, especially a graduate degree.  It is simply that I am staggered by how much I am out of touch with reality despite reading a lot about the rise of the BRIC countries, and China in particular. The wave isn't coming, it is here, and it is a tsunami.

I am working on my next book - see update below. And the good news is some ways the consumer tech industry is already moving at the rapid clockspeed of China (thanks often to China contract manufacturing and other agile supply chain management). Cannot say the same of enterprise tech and many other sectors.

Yes, there is a big uptick in the product innovation from thte consumer tech side. As you mention in you piece about you up-coming book, much of the innovation is the replacement of mechanical differentiation by electronic differentiation, and sometimes even software differentiation. This allows for amazing last stage customization to specific customer needs, but also for very specific customer needs. It is often a lot easier to modify software quickly than to modify the manufacturing of machanical components.

As someone living and working in the West, I still worry about the BRIC countries move up the value chain, especially as I fall into the "knowledge worker" category. I realize that it isn't a zero-sum game, but it isn't a quadruple or quintuple sum game either. After all, how many people design products versus the number that buy components, manage the factories, distribute the inventory, and sell the product. And where will the next enterprise applications come from?

I look forward to your next book.

Regards
Trevor
Trevor Miles
- April 20, 2011 at 3:52pm
And yes, I can spell and speak English correctly, but I only learned to type in graduate school. The pen may be mightier than the sword, but in my case the keypad blunts the pen.