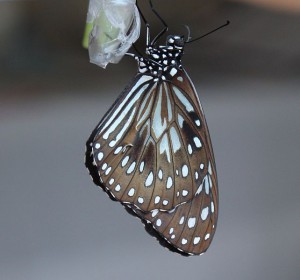 Change, even under the most ideal circumstances, is difficult. Think about how hard it is (or was!) to stick to that New Year’s resolution you made to eat better, get to the gym more often or find a better work/life balance. It seems like the daily grind always gets in the way, distracting us from our best intentions. (That’s always been my experience any way. So much so, that I gave up on even making New Year’s resolutions a long time ago!) Now imagine you’re a $4B a year revenue company with 13,000 employees and over 15 corporate acquisitions since 2001. This was Avaya’s reality around 2010. Change in that scenario could seem almost impossible. But they managed to not just change, but actually transform their supply chain organization in just four years. How they managed to do that is what resonated with me the most when I read this new case study released by Aberdeen Group. Now, I will admit, change and I don’t have the best track record. I’d say that at least 2-3 times per week, I have a ‘change-the-world’ (or at least ‘change-my-world’) idea. But I never seem to be able to turn that into reality. The idea always seems too large, too overwhelming to achieve. But after hearing Avaya’s story, I realized I’ve been going about it all wrong. So how did Avaya change their world? They started with a lofty vision. They knew they were spending too much time on low-value, reactionary activities. A recent acquisition of Nortel’s Enterprise Solutions had them running multiple ERP systems with disparate processes and a lack of visibility across their enterprise. This meant a lot of resources were going into gathering, sorting and translating data, leaving little time to garner any intelligence or make any change or improvements for the business. A lot of supply chain organizations find themselves in this type of situation. The executive team at Avaya wanted to turn that current reality on its head. With the goal of exceeding customer and employee expectations, they set out to create a high-value supply chain organization where technology would take care of managing and translating data, so people could focus on analyzing outputs and taking actions that would make a real impact on the business. To achieve this vision, they mapped out a five phase approach. Every phase of their long-term plan wasn’t perfectly defined before they started but they had a clear understanding of what success would like look when they achieved it. They started by tackling their visibility issues first, consolidating their multiple ERPs into a single supply chain planning system which gave them a unified view across their multi-tier supply chain. Avaya chose to use Kinaxis RapidResponse as the technology enabler for their transformation. (According to Aberdeen Group, “69% of the Best-in-Class map their ERP/MRP planning systems into a single supply chain planning system.”) From there, they standardized many of their processes, worked to reduce a lot of reactionary activities and then began putting more focus on proactive activities like what-if analysis and modeling. Their vision to move from a low-value, reactionary supply chain organization to one focused on high-value activities achieved significant results. It not only impacted key operational metrics (like reducing gross inventory levels, improving inventory turns and reducing cash-to-carry cycles) but also had a huge impact on corporate culture. The move away from ‘mundane data activities’ opened the doors for employees to focus on improving business processes and defining new, better ways of doing things – which is a lot more fulfilling. Avaya’s journey shows that significant change is possible. It’s not easy, and I’m sure they hit many bumps in the road. But by defining what they wanted to achieve and identifying the milestones along the way, they were able to meet their goals over a four-year period. Avaya’s supply chain transformation is covered in a lot more detail in the Aberdeen case study I mentioned earlier. You may also be interested in attending a live webcast on April 30 where Bryan Ball (VP and Group Director, Supply Chain and Operations Practices at Aberdeen Group) and Benji Green (Director of Global Sales, Operations, Supply, and Inventory Planning at Avaya) will have a detailed discussion on the drivers for change at Avaya; the five-phase approach used to transform their supply chain organization; and how they combined people, process and technology to achieve the far-reaching success I’ve touched on here.