Why we replaced redux with our own state management library

State management for modern web applications is hard. Redux is one of the best libraries for the job, but it's not perfect.
In this post, I explain the problems we had with Redux and why we decided to build our own state management library instead of using other popular libraries like MobX, Recoil or RXJs.

Redux has a central store and all the state information for your app should be in it.

A central store has benefits, for instance, it is easy to see all of the current state, since everything is in the same place. That is why redux is so popular.

But if you have a large application that is growing over time, the number of Redux reducers, selectors and effects will grow dramatically.

Each action will go through all of the reducers and effects and while they are intended to be fast and skip actions they don't care about, it still requires some computation. The more you have, the slower it gets.

We can also have hundreds of “selectors” at the same time in the application. Every update to application state will trigger the chain of selectors to recalculate their values and force the react components to re-render show the new data. It can make your application perform poorly.

The selectors can be optimized to cache the latest value, but that can be hard to implement and easy to miss.

There are two other performance problems that can be difficult to solve with redux itself: large data and frequent updates.

You can have so much data that it is not viable to store in the state. In our case, it started with tables that have millions of rows.

You can have data that has frequent updates in a short period of time, combined with tons of actions that update a small part of the state, it doesn't make sense to put the data into a large central store like redux.

To fix these problems we moved those pieces out of redux into classes containing the ability to subscribe to changes.

With redux there is a lot of boilerplate code to do simple tasks. We had a lot of files with actions, reducers, effects and selectors. The business logic is spread around multiple files to get it into Redux.

There is no asynchronous code with redux. You need to create effects to dispatch actions when an “async” operation starts and ends.

If you need to save some data on the server, you need one action to trigger the “save” effect, another to dispatch an action to update the state to “saving”, then you dispatch a result action.

If you have some other code that wants to call a save function and wait for the operation to complete, with Redux alone, this is not possible. The code has to subscribe to actions that are dispatched as the async operation is processed.

How do we combine data in Redux state with data that is outside of redux state?

As an example, how do we handle an insert/delete button that needs to be visible/enabled according to the redux state, but also watch for the selected cell and row data (that we have kept out of Redux state due to the size) to ensure they are editable?

In order to accomplish this, we had to look for other options, we need a way to watch and combine multiple subscriptions. 🧐

Why not other libraries?

Recoil was the best option, in terms of 3rd party libraries, and we were inspired by it.  Facebook created Recoil to solve the problems we have with Redux.

However, Recoil didn't work for us for several reasons:

We found RxJs complex and heavy. We had used RxJs before and did not have a great experience. The code can get very complicated and hard to follow and debug. For junior developers it can be very intimidating.  Some of the function chains required to observe the objects were not intuitive. 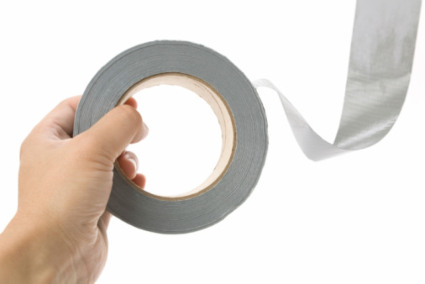 No, the solution is not duct tape! We need a proper fix; a library that can solve all our issues.

It had these requirements:

It was hard to meet all those requirements, but we did it! 🎉

On the initial implementations I couldn't believe how simple it was!

Our new state management library is not open sourced yet. I hope it will be open sourced in 2022 now that it is becoming mature, battle tested and proven to be scalable, fast and easy to use.

Here is an overall idea of how it works:

The library has 2 packages:

And it returns an object with:

And it returns an object with:

NOTE
createValueSelector has no setValue function, the internal value is private and always derived from the combiner function passed to it.

The useValue hook can be used inside react components to automatically subscribe to values and unsubscribe when the component is removed from the page.

Like the useValue hook, useAsyncValue hook can be used inside react components to automatically subscribe to “Promise” values and unsubscribe when the component is removed from the page.  The hook exposes the state of a promise as well as the result or error derived from the value when it is resolved.

That is not all! This is just a quick overview of our new state management library. It has many other functionalities and tools for debugging memory leaks, detect unnecessary update and hints on how to resolve them. There will be more exciting developments to come as the library evolves.

Redux is good, but there is no one-size-fits-all library out there. Evaluate the options and find out what works best for you and your team.

I hope you understand why we had to move away from redux, and why we decided to build our own state management library.