Win in the emergency AND every day with control towers 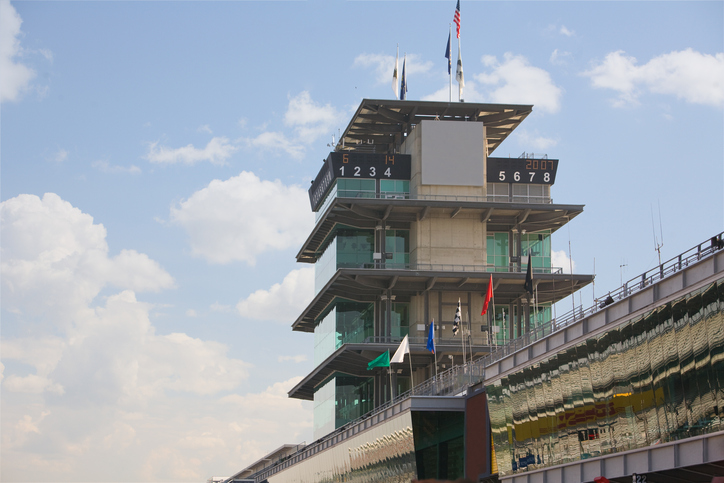 The first video depicted a Formula 1 race car losing one of its front wheels mid-race. The animated announcers were describing what had just happened and speculating about the impact it would have on the event’s outcome. Even sitting in the audience of a supply chain conference, it felt intense.

The second video evoked a completely different feeling – one of calm and confidence – despite starting with the same imagery, only with different audio. What we heard in this version, from the race team’s radio communications, was mostly silence. The team acknowledged the situation and advised the driver to make a pit stop for repairs. Upon the car’s arrival, not a word was spoken as the small team of mechanics acted with precision, inspecting the damage, installing new tires, and filling the fuel tank…. all in a matter of seconds.

As we're told this story by the event’s presenter, from a European automaker and Formula 1 team, he reminded us that in converse to the television crew that tried to create a sense of hype and anticipation for the audience, the race crew went about their jobs as if nothing was different. They kept their composure and acted decisively because they knew that in every race the team’s success is determined by the synchronized efforts of each team member working to execute a data-driven game plan.

Years later, that presentation still resonates with me, especially in the context of supply chain transformation. For example, historically siloed supply chains often hype up the impression of individualized (i.e. functional) success. Demand planning could boast about how they created accurate forecasts, only to then shift blame to another group when products did not arrive when and where they were expected.

Now, as supply chains face a growing barrage of daily challenges, even including vehicles losing their wheels, the individualized hype is giving way to a constant and end-to-end perspective. It is no longer enough to become proficient at creating good forecasts, or other singular, functional tasks. It must be done as part of a concurrent effort that enables overall success.

In times of crisis, this can be done in a war room, where stakeholders are brought together to make decisions and dictate action under a heightened state of urgency. However, that level of attention and intensity is not sustainable in an ongoing, real-time environment.

Control towers, instead, empower digitized supply chains to exhibit the same traits of dedicated Formula 1 pit crews, maintaining constant composure while executing with precision, in a moment’s notice. When executed correctly, and with the right innovative technology, control towers enable agility. In effect, they are a Live Lens that allows leaders to “gain the confidence [they] need to make the best decisions for [their] business with instant visibility into the most vital areas of [their] supply chain.”

At a time when supply chains are receiving unprecedented attention, this combination of composure, precision, and perspective may mean the difference between thriving and barely surviving, as nearly half of the respondents to a September 2019 IDC study sponsored by Kinaxis called data availability and visibility a top three obstacle standing in the way of better supply chain responsiveness.

Moving past the panic of needing to respond quickly and to a sense of “business as usual," translates not only to more efficient ways of working but also delivers results like these:

What that means is that control towers are more than a method to manage disruption. They can be the epicenter of your entire supply chain, where technology combines with advanced processes to identify the most important work in any given moment.

That creates the environment in which your people act more like that focused Formula 1 race team and less like the announcers creating hype. They block out the noise, stay composed, and act with precision, intent on winning every moment and every race.