Kinexions, a tale of growth and potential 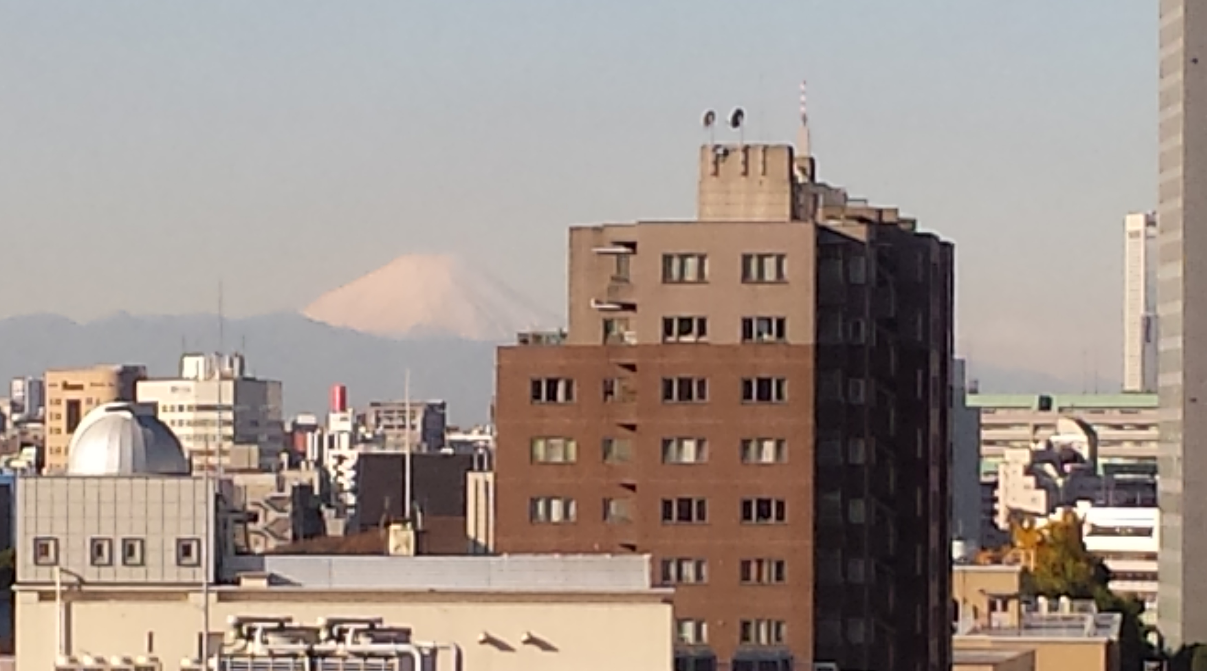 I’m on my way back from Tokyo where I attended our user conference, Kinexions Tokyo, in Japan, just 5 weeks after our Kinexions North America user conference in San Diego. As a side note, I had a stunning view of Mount Fuji from my hotel room on two of the three days I was in Tokyo. I have become so lazy about carrying a camera with me that I could only capture this photo with my smart phone. If attendance at both conferences is anything to go by, 2015 is going to be even busier than 2014. In both cases we had about 50% increase in attendance over last year. In both cases we had the largest contingent of prospects ever and the largest contingent of partners ever. We also had the most customer presentations with 11 case studies in total including:

The diagram above captures the essential elements of the San Diego conference in which you can see how important the customer case stories were to the overall conference. What struck me most is the diversity of the industries and the breadth of supply chain maturity represented. Before I comment further on specific stories, let me state that while the destination reached is important, it is the distance traveled that most impresses me. In other words, while I love the stories of the customers that are doing amazing stuff, it is the one that changed the most that really impresses me. For example, you only have to look at the Gartner Top 25 to see that Apple has been number one for the past 5 or so years. Yawn. I’m always looking for the companies that have started low in the ranking and are making rapid progress up the ranking. Change is hard, but change is necessary. It is easy to follow, and a lot more difficult to lead. Or, as Angel Mendez of Cisco likes to say, yesterday’s stretch goal is today’s benchmark. And our customers are leading the charge in the transformation of supply chain, which is captured nicely in our tagline of ‘Know Sooner, Act Faster’. At the conference, that transformation was captured best by a pharmaceutical manufacturer and Schneider Electric. Their industries couldn’t be more different and their product portfolios and supply chain structures couldn’t be more different. But both were faced with deteriorating market positions a few years back that have necessitated huge transformations in their organizations, with supply chain being at the heart of the change. The pharmaceutical manufacturer was facing a massive patent cliff with many small molecule blockbuster drugs reaching patent expiry and have now made a radical shift into biotechnology. Schneider Electric has grown by acquisition and was faced with shrinking margins because of inefficient and poorly thought out supply chain operating models. Both companies needed to do something radically different. They both chose Kinaxis as the enabler of that change. Both realized that they could not transform their organizations by following the 1990’s supply chain mental model of functional optimization. You can’t cross the Grand Canyon in 10 min by walking. You need a helicopter for that. Schneider said it best: The speed at which information flows across the supply chain is more important than what gets done with the information at each node in the chain. Now, to be honest, in my opinion they are expressing the area in which they had to make the largest mental leap, the greatest transformation. I would reword Schneider’s statement to state that the speed of information flow is just as important as what gets done in each functional box. In fact, I am not much of a fan of simple visibility solutions. What really matters is the speed of decision making, and that takes more than transmitting information quickly or being able to calculate quickly. You need both. This is the ‘Know Sooner’ part. And you need a third element too. You need to be able to bring people together as a team to make trade-off decisions quickly, as well as capture all the assumptions and provide a full audit trail of the decisions made. This is the ‘Act Faster’ part. To be honest, our customers typically find it easier to describe the barriers to change and the inefficiencies of their previous operating models, than the new capabilities adopted. And this is true for most companies, and is where Avaya comes into the story, and to some extent Buffalo Technologies. Avaya have turned the value pyramid on its ear to focus on the real value generation of prediction/action/innovation. Dick Ling, the ‘father’ of S&OP said it best: It is far better to be approximately right than precisely wrong. Your data is never going to be 100% correct. You processes are always going to be in flux. Move on. Focus on how people will use the information you have to make a decision that will drive the company forward. At some point speed is quality. Plan. Monitor. Respond. In days, not months. By focusing on speed of decision, and quality of decision, Avaya has posted some truly amazing financial and operational gains. Obviously it is up to Avaya to share these gains publicly. 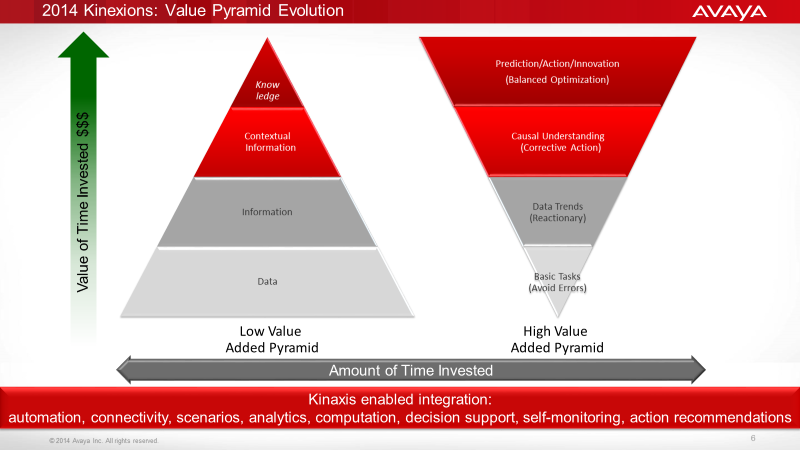 Josh Greenbaum wrote a great summary of his impressions of the Kinexions conference in San Diego, specifically the unusually high number of women in attendance. Josh makes the point that it is perhaps our focus on supplier collaboration that draws more women to Kinaxis. If that is true, it is a most welcomed side benefit. To be honest I do think women are better at driving consensus and making compromises through trade-offs. Whether this is true because of nature or nurture is far beyond the scope of this discussion. What is important is the realization that the speed and manner in which people reach agreement across competing objectives is really important, and that it is a consensual process. If women are better at this, then all the more reason to bring them into senior leadership roles to drive change. We need the change. And we need more women in supply chain. In wrapping up, let me give a quick shout-out to Watanabe-san of Abeam Consulting who presented the keynote in Japan. I ran a panel in San Diego discussing the technology innovations that will drive change in supply chain management. This was theme of Watanabe-san’s presentation, but he did a much better job of giving concrete examples of how these technology changes have already made changes to supply chains. My only (admittedly selfish) wish was that he has used English slides. I could only follow along on the simultaneous translation. For example, he used IKEA as an example of crowd sourcing in supply chain. After all, they are relying on the ‘crowd’ to do the final assembly, which has a radical impact on their cost to manufacture, distribute, and sell their products. What I found interesting was the manner in which he made new terms familiar and less alien, and therefore easier to accept and adopt. So, all in all, a really positive set of conferences providing a great launch pad for 2015.